I left NRM because there is no space for ideas in the party – Gen. Henry Tumukande 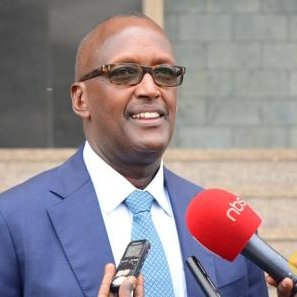 Presidential hopeful Lt Gen. Henry Tumukunde has opened up reasons he left the National Resistance Movement (NRM) saying that there was no space for new ideas. Tumukunde made these remarks while appearing on the NBS Breeze show time, Thursday morning.

He said that in NRM, it is a crime to talk about a peaceful transition of power. Tumukunde who now wants to challenge incumbent President Museveni in the forthcoming general elections in 2021 said that he wants to provide a peaceful change and transition from the old guard. “Some of the people never fought, l fought for this country. If in a political party you can’t find space for ideas, leave. There is no space for ideas in the NRM. It is a crime to ask about a peaceful transition,” Tumukunde said.

Tumukunde said that he also intends to awaken over 30% of Ugandans who he claimed have never voted for President Museveni and the opposition due to not being mobilized by the previous candidates. “My job is to mobilise Ugandans to vote. We have to continue speaking for change until it happens”, he said.

However some political analysts and some members of the opposition have welcomed Tumukunde’s bid with mixed reactions.