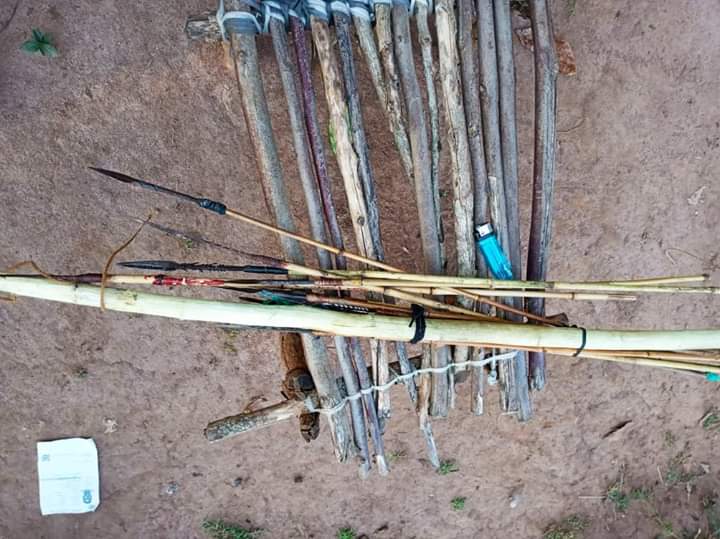 The Uganda People’s Defence Forces have in a statement issued by Lt. Col. Deo Akiiki confirmed a Friday morning raid on one of their establishments.

Lt. Col. Deo Akiiki says the gang was armed with rudimentary weapons like machetes, bows and arrows at the time of the ambush. The suicidal attack ensued in a UPDF detachment located in Zombo Town council in the West Nile region. Much as the UPDF contends to the attack, they have declined to make mention of any fatalities. However, a source within the camp says nine of the attackers were put out of action while the UPDF lost three of their soldiers on top of grass thatched habitats lost to the arsonist raid.

It is not the first time that the UPDF upcountry installments are attacked in the same style. About five years back in Kayihura’s tenure as Inspector General of Police, the Rwenzori region security installations faced deadly attacks from suspected rebels of Jamil Mukulu’s Allied Defence Forces.