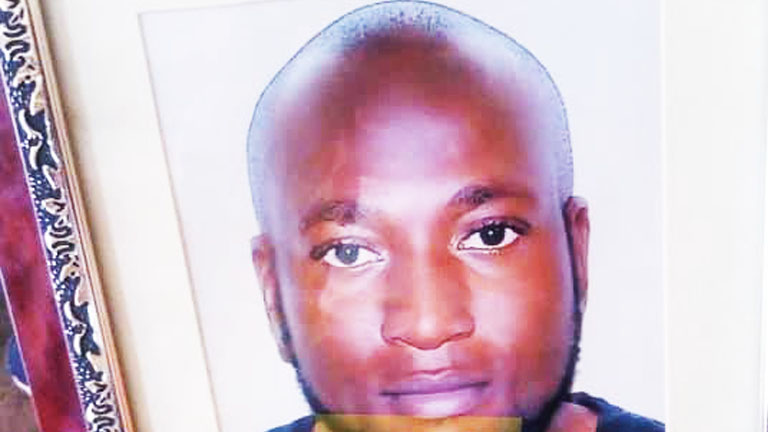 A foreign currency trader has committed suicide at his home in Tomusange zone in Ndeeba, a Kampala suburb. The deceased is 39-year-old Laney Kyikonyogo.

His lifeless body was found hanging on a cargo wire fixed through a hole on ceiling of his house by one of his neighbor who had gone to check on him on Wednesday evening.

According to residents, Kyikonyogo returned from Dubai two months ago.

While in Uganda, Kyikonyogo has been involved in the foreign exchange business.

The area Defense Secretary, Abdul Bulondo, says they were called by the Chairperson, Charles Kasaga and upon reaching the deceased’s home, they found the gate wide open.

He says they entered the house and found the deceased’s body hanging on a cable.

Ronald Kasozi, a doctor in Ndeeba told URN that the deceased could hardly leave his house in the evenings. He says that he could only go out to shop food stuffs and return to the house.

According to Dr. Kasozi, the last time they had a conversation with the deceased, he was planning to return to Dubai in May this year after spreading time chasing for his national ID.

He suspects that the deceased could have ended his life because of depression or anxiety problems.

He says they handed over the body to the deceased’s relatives for burial in Wobulenzi in Luweero district this afternoon as investigations are ongoing.

According to the World Health Organisation (WHO), close to 800,000 people die by suicide every year, and for each death, there are more than 20 suicide attempts.

A report by Ministry of Health, Uganda National Institute Public Health (UNIPH) Quarterly Epidemiological Bulletin, indicates that Uganda has a high suicide rate of 18.67 percent with men at a higher risk than women.