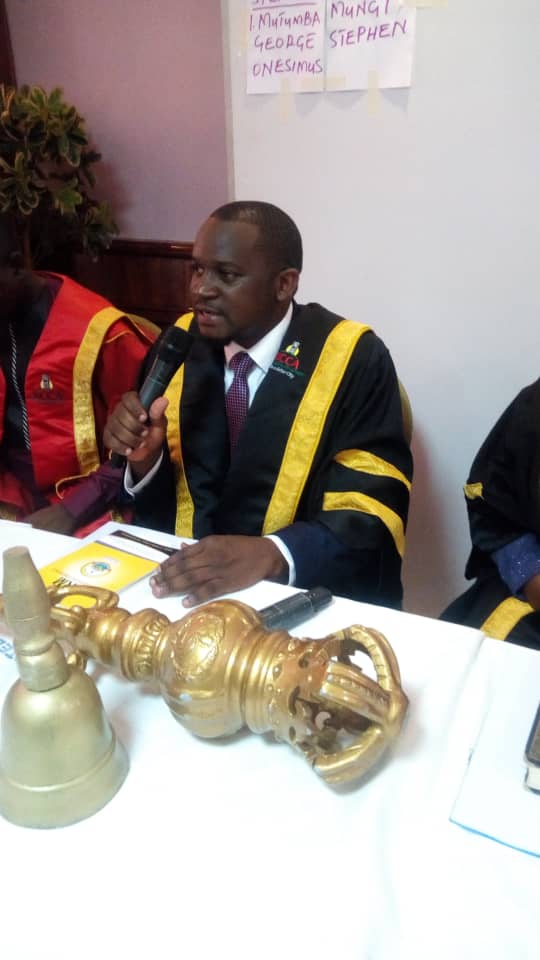 The high spirited youthful leader attributes his victory to his supporters whom he says have always expressed their loyalty to him all the way from 2016 when he made a political breakthrough as the area councillor. Mutumba then progressed with his political career to Makerere University where he first made a controversial guild declaration in his first year which contravenes the students’ guild constitution that requires one to be in their second year of study. Mutumba challenged the status quo and eventually forced the university to bow down and make clear amendments. That year, he left space for FDC’s Papa Were Salim and instead stood for presidency at the school of liberal and performing arts from where he progressed to college presidency at CHUSS. (College of Humanities and Social Sciences)

Mutumba again surfaced last year for the guild race under the independent ticket and scooped the 5th position with about 825 votes. The polls were won by People Power’s Julius Kateregga. Mutumba didn’t relent to pursue his career, he advanced for speaker of Kawempe division following the KCCA amendment bill that called for presence of speakers at all divisions of Kampala. The former NRM poor youth activist has told this site that he will aspire for more till he gets his people ‘fair’ representation. ‘I will be running for MP seat in Kawempe North and I believe the people’s voice will once again win,’ Mutumba told this site