Tumukunde wants People power and Bobi wine to join Him. 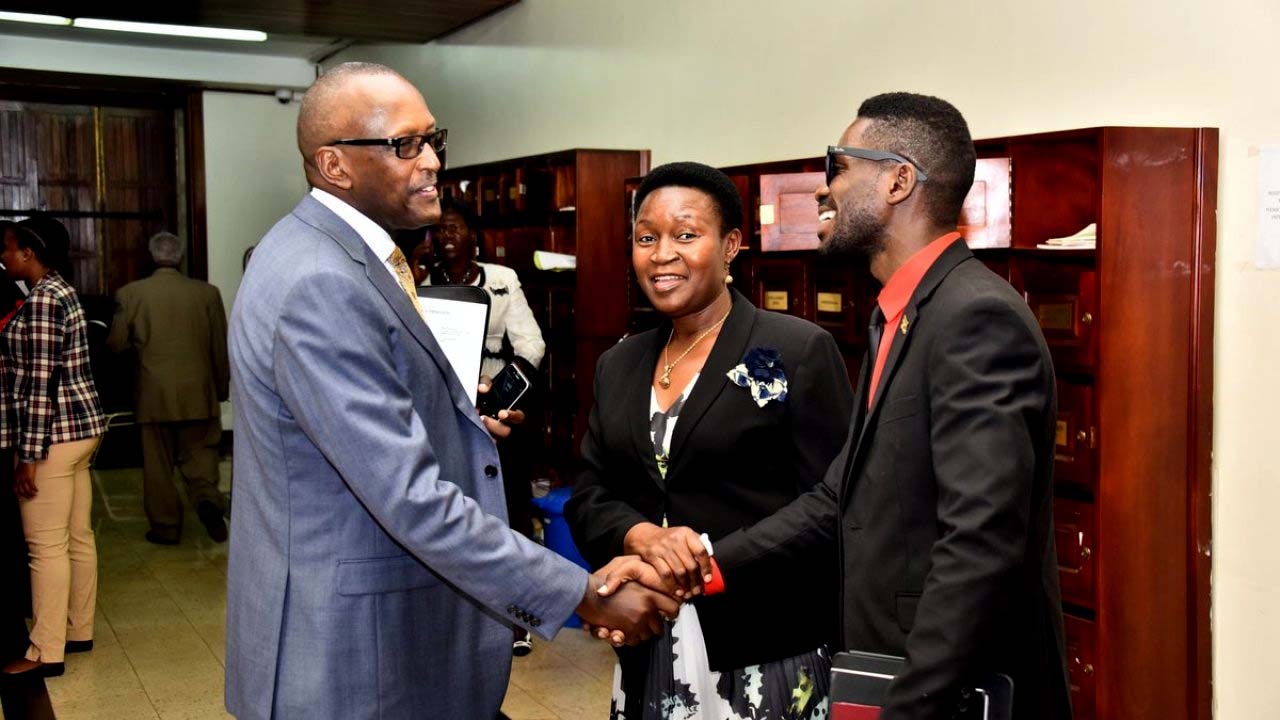 In a live televised interview with NTV broadcast on Thursday night (March, 5) the Bush war general reflected on part of his plans once elected president of the republic of Uganda. Our reporter sources some of the interesting remarks and responses to questions raised by NTV’s Camara during the ‘On the Spot’ political talk show. Here are some of the great picks from the show;

Kampala was just a case study for my road to presidency. It was my sample space. I got people’s views and they were all positive for my bid. I would not have successfully held even a couple of consultative meetings had I made my presidential ambitions clear.

You see, it is just two days and the temperature is being felt all over. By the way, I am winning this election. I have mobilized enough.

On the rampant corruption in Uganda

On Museveni’s 35 year rule, I’ve been there for only 13 years. I call myself a transitional leader. I believe in the next five to ten years, majority of Ugandans occupying these seats will be of a younger generation. All my campaign agents are volunteers, I do not dish out money like Museveni does.

I’ve been invited for the party primaries. So Mr. Museveni should know that his sole candidacy is an illusion.

On Museveni’s performance in the last polls

About 30% of Ugandan voters do not and have never voted for Museveni in the past elections since 1996. I will bank on these voters if I’m to defeat Museveni in his own game. Ugandans should for now ignore money if they truly want change

Well being a super minister was your view. However, I am not Amama and I will do my part.

Where did Besigye come from?Heaven? Am I cursed? I can make things possible. Why do you find me worthy interviewing? There are 20 other candidates who declared, why don’t you look for them but come to me? What I’ve done, I’ll do and what I’ll do, you’ll know. I don’t want to tell you how I’ll win but just know I’ll win.

If I was Gen. Museveni, I would allow people to leave the army. Have you ever seen a general in Kenya trying to be president? We enter these forces voluntarily, we must be allowed to leave voluntarily.

I know where you’re going (Rwanda crisis) but we shall continue supporting the East African Community. We’ll work with the African Union to solve the Mediterranean crisis. But East Africa will be my priority.

On working with other forces of change

I discourage sniffing. I hear people calling each other moles. Discouraging late comers in the opposition! If we want to go forward, we must ignore this and unite. I’ve heard others say if we unite, they should be the one leading the struggle. But in my view all this does not work.

Gen. Muhoozi inviting Bobi Wine! These things we are doing are bringing results.

If Bobi Wine joined me, I would tutor him into how to be president. I would teach him the fiscal policy, I would mentor him into the army and make him my minister for defence. By the way I can mobilise because I am a general.

My family is private. You have not seen us advertise our faces in the newspapers. Those who want to join politics, will join and those who don’t want, it’s okay.