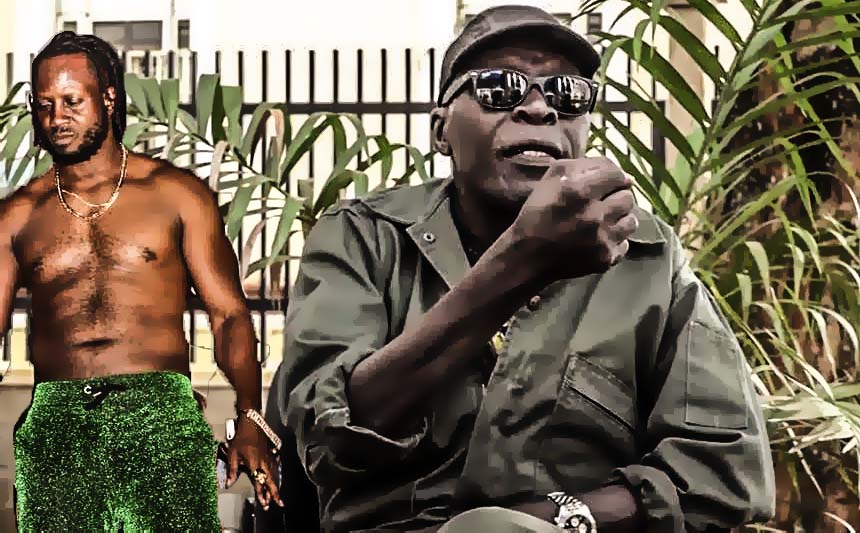 Retired Senior military officer Maj. Gen. Kasirye Gwanga has gone bare knuckle in a media fight with Bebe cool over his musical career and importance to the NRM

The Maj .Gen said  in an interview with BBS that he only admires Chamleone and David Lutalo`s music in Uganda.

Asked about Bebe cool he said, “I know Chameleone and I’ve told you that he is my friend but Bebe Cool, what is so special about him? Of what importance or how can he even help NRM?”

He also added that he has been hearing about Bebe cool and has never understood why he is popular because there is no special thing about him.

I don’t know Bebe Cool, who is he? I only hear that he is an artist but I’ve never seen him physically or held his hands.

Kasirye Gwanga said that he can`t be compared to Bebe Cool because those are idiots .  Asked about Bebe Cool`s brag on ganja his smoking habits , the Maj.General rubbished his weed and said they have been making research in weed and now its going to be grown in Uganda .

The Maj Gen didn’t hide his admiration for Bobi wine`s ingenuity explaining that he was consulted by the Kyadondo East legislator before his campaigns and later returned after his win.

Bebe Cool considers himself Uganda`s best musician and every year he releases a list of the best songs and musicians in the country on his so called “list” . The words of Maj General kasirye Gwanga will surely create a dent in his career and we might not see the list this year .