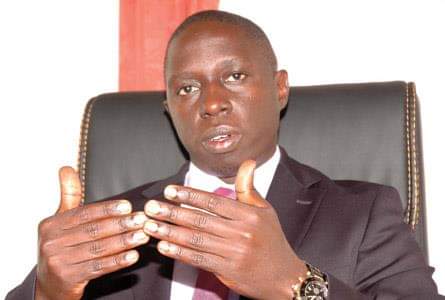 The Kampala central Member of parliament, Muhammad Nsereko has lodged in his concern over the minimum qualification for one to hold a parliamentary seat.

According to Muhammad Nsereko, parliament has now become a ‘dumping’ place for all political ‘wanna be’s’. Nsereko wants the qualifications to be raised from the present day A’level (Senior six certificate) to at least a Bachelor’s degree. Nsereko’s request comes at a time when Bobi Wine and his People Power movement have a great deal of ready MP candidates all over the country. Most of his candidates are holders of the incumbent senior six requirement. Therefore, Nsereko’s plea seeks to disempower most of the hopefuls from contesting for the elective seat.

Speaking before the plenary in a heated Wednesday debate, the NRM leaning legislators proposed that minimum qualifications for legislators should he moved from the senior six certificate to a Bachelor’s degree. The move was met with mixed reactions as members of the opposition argued that this is a government move to disenfranchise youths and bar them from taking part in elective politics and governance of the country.

While giving his opinion on the matter, Muhammad Nsereko welcomed the development saying that the public needs people who cannot just lead but also understand why they lead. Nsereko is rumoured to be one of the projectors for the mysterious ‘Muhoozi project’. In fact, analysts have for long accused him for failing to embrace the ideas of the opposition.