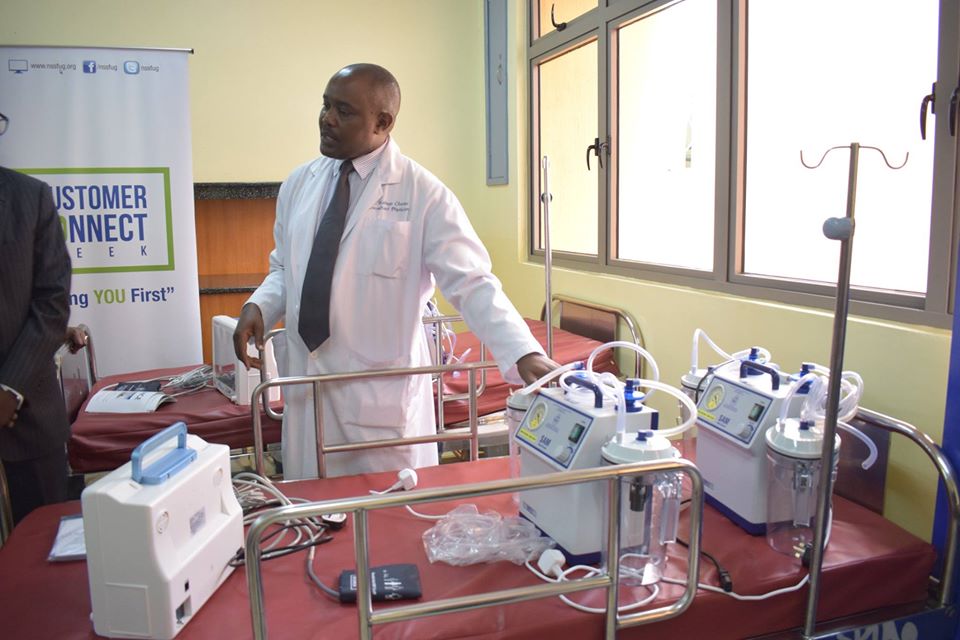 A number of key medical equipment at both the chemistry and microbiology laboratories of Kiruddu National Referral Hospital cannot be used because of lack of reagents to run them.

James Ahimbisibwe, the Principal Laboratory Technologist revealed this during a tour of the facility last evening where he said some were acquired a year ago but have never been used.

He pointed out that if these machines including one that tests blood’s ability to clot, a urinalysis machine and a water distiller were put to use, they would improve efficiency and diagnosis as some are not available in any of the public laboratories across the country.

Due to this, David Olowo, a Lab technologist says they have resorted to use of manual tests especially if they are to conduct a urine sample and yet this approach doesn’t give real and specific results but only gives them ranges to determine if a test is negative or positive and then they refer elsewhere for confirmatory tests.

However, when this was put to hospital Executive Director Dr. Charles Kabugo, he said they are awaiting supplies from the National Medical Stores but added that the hospital has budget constraints whereby even as it was elevated to the level of national referral, the budget hasn’t changed.

He noted that their budget for medicines and supplies where the reagents fall is Shs4.5billion whereby Shs3billion is put aside to exclusively cater for kidney treatment called dialysis where a patient is put on a machine to aid blood cleansing after kidney failure.

Dr. Kabugo says even for supplies for dialysis, the 3billion is not enough as the 1.5billion is not enough for the other services like buying reagents for top notch lab tests to be done.  For him what would be helpful currently is additional Shs2billion for dialysis and another Shs2billion for supplies to the other departments that the hospital runs.

An observation by Uganda Radio Network shows however that these machines were actually just donated as some were marked with logos and brand names of the likes of Centers for Disease Control (CDC) and others international health agency AMREF.