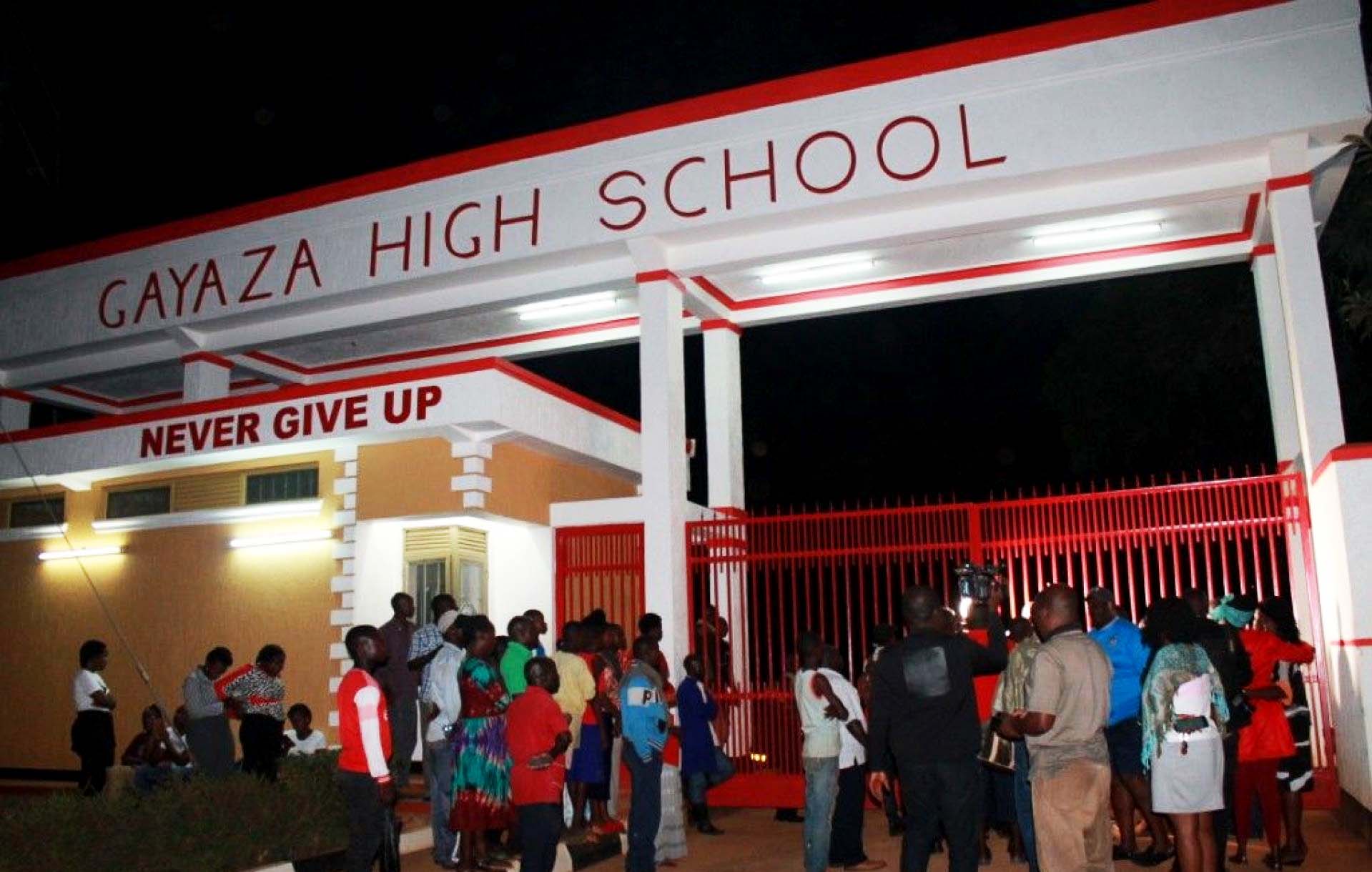 The fire that gutted a dormitory of students at Gayaza High school in Kasangati Town Council, Wakiso District on Friday has since caused worry and panic among parents who were yesterday night denied access to the school to check on their children.

The fire whose cause is still a mystery gutted Coby A section at around 8:00 pm destroying all the property to ashes. According to school administration by this time all students were attending night lessons in their respective classes.

Edison Muhangi, the Kasangati Division Police Commander who addressed the parents who were in deep fear assured them that police had been able to put off the fire and a roll call had been made with all students being alive and kicking.

The words of comfort came moments after first responders who were also denied access had alleged that they saw an ambulance coming out of the school. However, Muhangi refuted the allegations arguing that he had directed that nobody should access the school to ensure the safety of the students.

To prove that he students were okay, they picked up one of the parents to represent the rest who went into the school together with Wakiso District Education Officer, Fredrick Kiyingi, school board members and the area local council chairperson among others to confirm that all students were safe. When they came out, they all re-assured those who were outside that students were okay.

Moments later, the CID director, Grace Akullo, was also seen accessing the school reassuring parents that the investigations have kicked off ad very soon they will find out what could have caused the fire.

In the night, several mattresses and other bedding materials were brought in the school to be temporarily used by students. Robinah Kizito Katongole, the school Headteacher, was requesting parents to remain calm saying that more information would be sent to them.