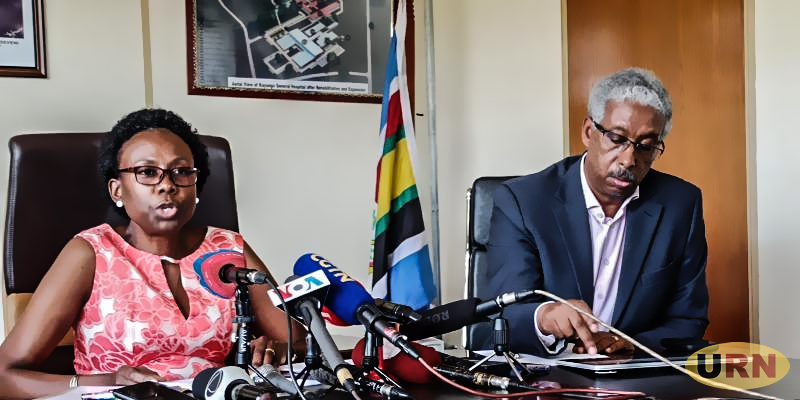 Uganda has closed its doors on all people traveling from countries that are highly hit by the COVID 19 disease that is spreading like a wild fire across the world.

The people countries that have been stopped from traveling to Uganda fall under category one according to the ministry’s categorization criteria because they have high have the highest COVID 19 cases outside of China. The countries have also reported new cases in the last 24 hours.

Dr. Ruth Aceng, the minister of health also said on Saturday during a presser that government has decided to ask travelers from the affected countries not to come to Uganda because the high cases they are reporting can easily be imported into the country.

Dr. Aceng says that even Ugandans in these countries should remain where they are for time being to avoid importation of the disease into the country.

According to Dr. Aceng, if any people from the affected countries travel to Uganda even with the ban, they will have to undergo mandatory 14 day self-isolation at their own expense.

“If any people from these countries insist on coming, they will have to undergo mandatory self-isolation at their own cost in their homes or at a government designated facility,” said the minister.

The health ministry will also closely follow travelers from countries in category two like  UK, India, Belgium that have cases of COVID but the rate of increase is not high.

In addition to putting traveling restrictions, government has suspended all international conferences that were scheduled to take place in the country. When asked about how many conferences are likely to be affected, the minister said she did not know the exact number.

According to the minister, only one conference-the Uganda, European Business Forum that is scheduled to take place on March 9, 2020 at Speke Resort Munyonyo has been given the go ahead to take place. A total of 150 delegates were expected to attend the conference.

Uganda’s travel ban comes weeks later after Kenya banned flights from different Chinese cities as a way of stopping the spread of the disease. While no case of COVID 19 has been reported within the East African bloc, the minister of health says that the measures are necessary to keep the disease out.

“COVID 19 is a new disease that has managed to affect the economies of first world countries like China. If it came to a third world country like Uganda, we would be finished,” said Dr. Aceng.

As of March 7, 2020 data from the World Health Organisation shows that 101,828 cases have been reported with 3,483 deaths gloably. In Africa, eight countries have reported cases. These are; Senegal, Egypt, Tunisia, Togo, Cameroon, South Africa, Algeria and Nigeria.