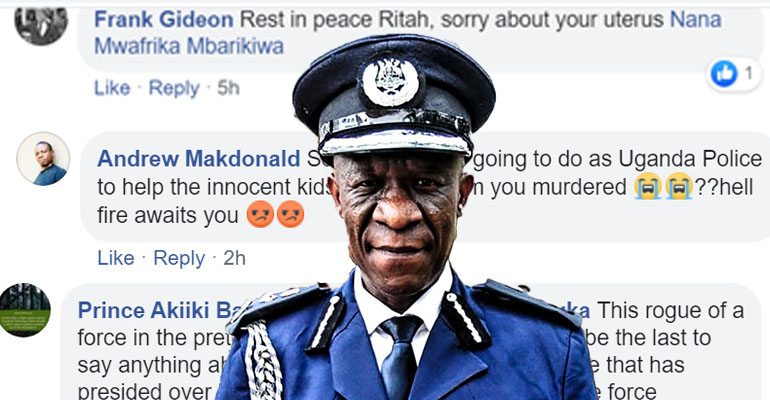 As the world celebrates the International women’s day the Inspector general of Police Okoth Ochola sent a message congratulating Ugandans, women in particular on the special day. He further congratulated and thanked women in service for keeping the country safe and secure.

The Igp also encouraged more women to join the force in order to enrich gender equality in Uganda police.

The message that was posted on social media platforms wasn’t well received by Ugandans following the force on its platforms. There was a lot of backlash from people mostly expressing dissatisfaction with police and the way they do their job and some using the post to advertise their businesses.

Nana Mwafrika Mbarikiwa who was hospitalized as a result of a violent assault by a group of police officers at the main entrance to the Uganda Police Force headquarters in Naguru, and lost her uterus had no kind words for the Igp

“Spiteful old man! You wear my uterus as a vest I guess“ Said Nana

Enid Balintumye “Rest in peace Rita . U were killed by police innocently cos of supporting Hon kyagulanyi and talking the truth“

Ronie Kez Grant “After currently leaving two little girls orphans and you’re not even ashamed of talking about Women…. I pray that you see the“

As the norm is with Ugandans on social media some used the opportunity to advertise their businesses and products. 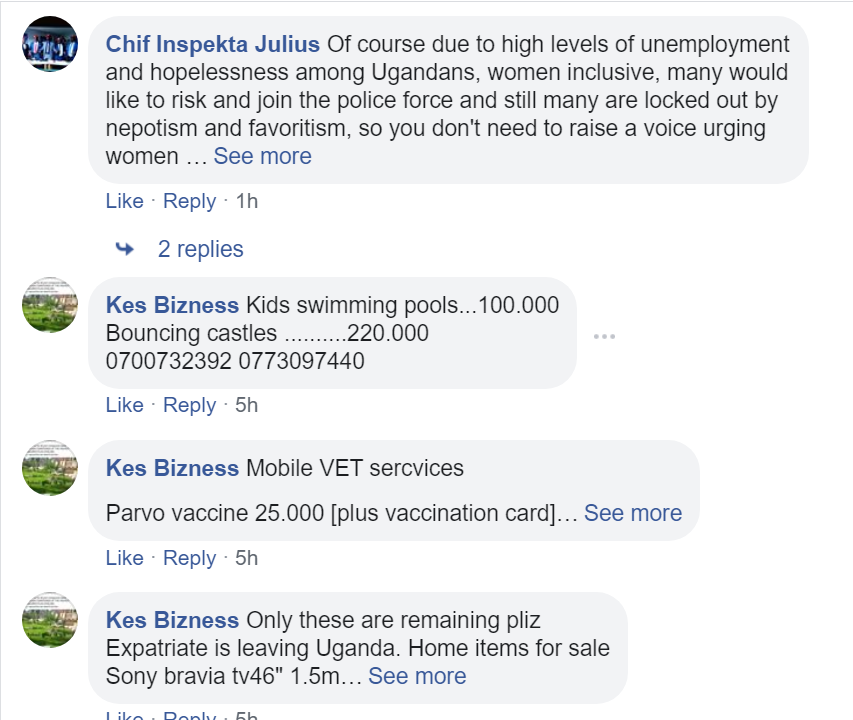