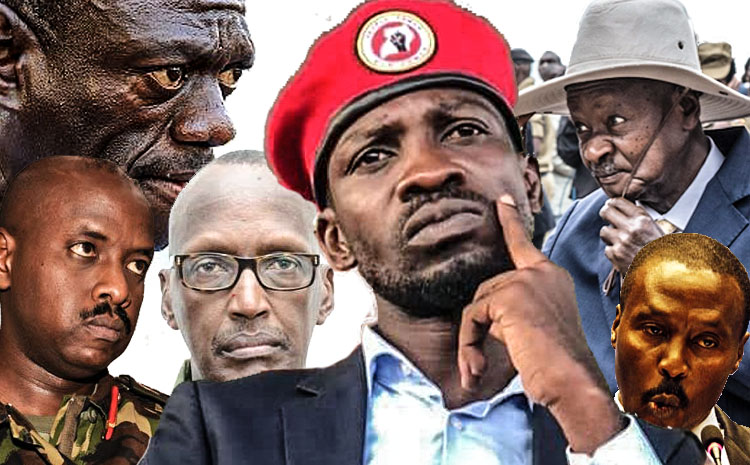 Speaking to URN, Mukula said although he’s not sectarian, he believes that for purposes of balanced development and sustainable peace, the next president should come from another region other than western Uganda where Museveni comes from.

Mukula was reacting to the news of Lt Gen. Henry Tumukunde to take on President Museveni in the coming elections. “It is his constitutional right and I don’t have a problem about it. But I support President Museveni 100 percent. I’m not sectarian but it would be unfair to appear to be looking at leadership from one side only. This will not look well for the future of this country,” Mukula said.

He added that Uganda wouldn’t be the first country to embrace rotational leadership to cure tribal and religious divisions that threaten the integrity of the state. “Nigeria has worked out an arrangement where they balance between the North that is predominantly Muslim and the South that is predominantly Christian. This was done to avoid coup de tats and civil disobedience because of one sided leadership. Even Tanzania does almost the same thing to create a balance between the Island of Zanzibar and the main land. Therefore, I would want to see a president who comes from elsewhere and I think when the time comes, that is the direction that President Museveni is looking,” Mukula said.

He added that even in Buganda, there are many people who have the capability of taking on Museveni, but none of them is willing to soil their hands. “So what should we do? Should we just allow Uganda to go to waste? This reminds me of a time when we were going to the bush, some people failed; they started developing sicknesses like heart problems yet we knew they were well. Bring for me another person, I’m ready to support him or her but he/she must also have some capability; we can’t just donate Uganda to anybody,” Tumukunde, a former minister of security relieved of his duties in March 2018 said.

He added that he’s talking to those who have expressed interest in taking on Museveni to see that they agree on a single candidate. He called on the opposition to stop being selfish to instead work on a common agenda in order to end Museveni’s 35 year hold onto power.

“Every one of them wants to be a leader. They go in meetings to choose who should become the candidate but all of them; it’s either him or no one,” Tumukunde said. If statistics by the Electoral Commission are anything to go by, the 2021 elections so far appear as if they are going to be the most contested elections in the NRM’s 35 year rule.

25 aspirants have so far notified the Electoral Commission that they would want to move around the country consulting on the viability of their candidature.