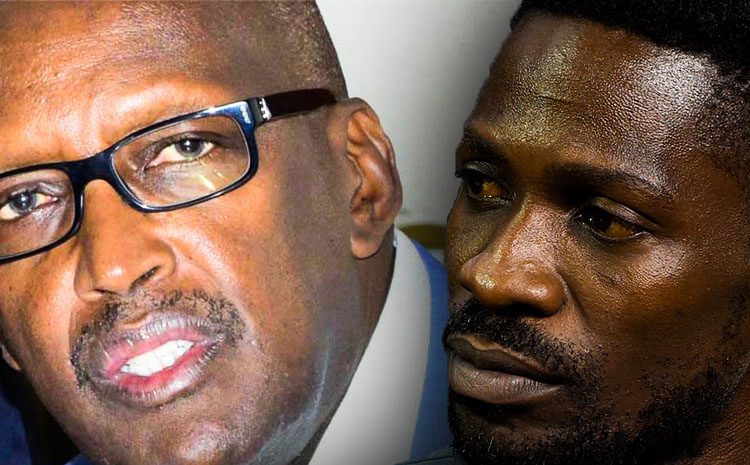 This week Lt. Gen. Henry Tumukunde wrote to the Electoral Commission indicating that he would want to move around the country consulting on his ambitions to take on President Yoweri Museveni.

His announcement caused quite a buzz on social media with different people weighing in on the viability of his candidature. Since his declaration, he’s been moving on different media stations trying to explain why he thinks he’s the right man for the job.

URN caught up with Gen. Tumukunde shortly after appearing at Capital Radio’s capital gang political talk show. And below is the excerpts of the brief interaction.

What has made you come out to want to stand against President Yoweri Museveni?

In my view, we are not seeing those who should come up to challenge President Yoweri Msueveni. We have many people who are capable but none of them wants to come out. So in the circumstances, that’s why I’m coming out to challenge him. Otherwise, I wouldn’t. But be it as it may, we are still talking with our colleagues in the opposition to get one candidate among those of us who have indicated we want to challenge Museveni. It’s not do or die that that candidate must be me.

What has President Museveni not done that General Tumukunde is going to do?

You see, yesterday’s Uganda is not the same as todays. For example, I have been doing some analysis on our elections. Ugandans between18-30 years are 10 million. This is not normal therefore even the solution must not be normal. We have debts to the extent that every year debt repayment contributes 30 percent of the budget. This is not normal. We have rising poverty which doesn’t require yesterday’s thinking to get a solution for. We think Uganda is not static and therefore, its problems also change and the solution must change. So we are coming out in order to get solutions for these problems.   But you can’t call yourself new; you’ve been part of the establishment…

It’s one thing to be around it’s another to be in a position of making decisions. By the way, I have also not been around for a long time only that some of you want to make it appear like I’ve been here for long. Collectively, I have been in government for only 13 years. Is that much? So in short, there is one thing to be around and another to be in the commanding position. Tell me, can you go and publish this story without taking it to the editor? He might say, this nonsense, we don’t want to hear about Tumukunde. Wouldn’t that be the end? They will say you belong to this media yes; but you can’t decide on anything.   We haven’t seen people welcoming you enthusiastically…

Who decides that? If that were the case, why are you here? But I think you should stop understating me because wherever I have gone, people have overwhelmingly welcomed me. But this is not what is important. I think we should work together to bring about the change we want. People should stop sniffing and calling people moles. Stop thinking that because today we agree on something, even tomorrow we will be agreeing. Don’t you see in Kenya, where there are always new alliances?

What I want you to do is to give Ugandans hope. The media has a big role to play. You know for me, I have great respect for journalists and indeed they are my friends. When you are in prison, there are three friends, your wife, children and the journalist. They helped me a lot to put out information about me. They really fought my battle. During my time as president, I will accord you the respect you deserve. But as we strive to get there, I’m appealing to you to give Ugandans news that matter.

You said earlier that you will decide on who will stand…are you having a conservation already?

Oh yes, we are talking; we are talking to everybody. The other day I was having a meeting with 10 party leaders and I asked them, how many supporters they have and they said four million. I asked them why they have not won any MP seat. They said the government rigs them out. We need all those people. But the one we need most is the Ugandan. Let him/her go and vote, protect it and let the journalist report the information that matters. How does Tumukunde’s relationship with Kayihura [Former IGP fired together with Tumukunde in 2018] of benefit to Ugandans?  How does my relationship with Museveni help Ugandans?  But we have been here before, where people have claimed that they have left the NRM only to crawl back. Like the saying goes once beaten twice shy…

Even Uganda had bad leaders yesterday, didn’t we later get good leaders? He’s [Museveni] just tied but he had tried. So we shall keep trying. Stop frustrating Ugandans from having hope, it’s bad. We have seen in the past security agencies being at the forefront of cracking down on those who have come out to oppose President Museveni…Are you prepared for them?

First of all, I’m going to do consultations with the police. I want to ask them why all this is happening? Is it the bad command or it is incompetency or people are stronger than them or they are simply spoilers. That’s what I’m going to start with.  Do you have hope that this government has capacity to organize free and fair elections?

But for him to do that, he had tried everything but the elasticity of anything also has a limit.   I was speaking to Captain Mike Mukula who says, he wouldn’t have a problem with your candidature but the problem is you come from the same region like Museveni who has been here for way too long…

Why doesn’t Mukula offer himself? Let him offer himself I will support him. There is an insect that was carrying a colleague and a human being asked it, why don’t you get someone to help you? It answered that the one who would have helped is was the one it was carrying. Tell Mukula to offer himself and stop talking. We shall support him. This Buganda where we are talking from, do you know how many people are capable of taking on Museveni? But none of them wants to soil their hands.

So what should we do? Should we just allow Uganda to go to waste? This reminds me of a time when we were going to the bush, some people failed; they started developing sicknesses like heart problems yet we knew they were well. Bring for me another person, I’m ready to support him or her but he/she must also have some capability we can’t just donate Uganda to everybody. What has the opposition not done that they has hindered them to take power?

They are not united and they all suspect each other. Of course, Museveni has what we call payroll party that causes confusion. Thirdly, every one of them wants to be a leader. They go in meetings to choose who should become the candidate but all of them; it’s either him or no one. Yesterday I was speaking with a group of people who asked me, ‘you Tumukunde, what have you brought on the table? I asked them, and what do you have on the table? How can you be in opposition forever?