Ugandans are poor because they envy the rich- Ham kiggundu 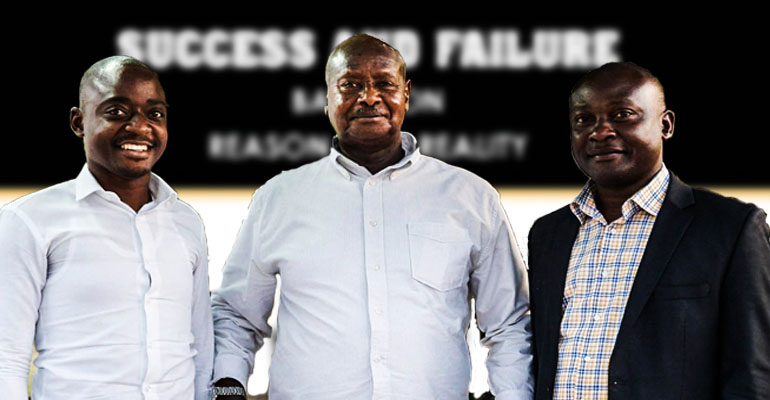 While handing over a certificate of recognition to Ham, Grace Baguma the NCDC director said that the center had reviewed and evaluated Ham’s book titled “Success and Failures Based on Reason and Reality”, and found it relevant for Uganda’s curriculum to inspire students into investing.

She also said that Uganda boasts of very many rich men but are selfish.  According to her, none of them has ever documented their success stories despite the business hurdles everyone goes through when starting out.

Baguma said the decision to adopt Kiggundu‘s book will help to inspire and challenge students touching issues right from scratch on saving and investment.

However before any book is adopted into the national curriculum, it has to go through evaluation processes by NCDC, which involves reviewing for language, relevance and message, among others.

Angela Kyagaba, a senior curriculum specialist, told one of our sources that they have adopted a number of books written by foreigners and, therefore, it was time they adopted books written by Ugandans. She urged Ugandans to start writing to inspire fellow citizens.

In the book, Kiggundu argues that many Ugandans are poor because they envy the rich and majority of them are saving but not investing because they fear risks.

He also highlights the fear of investing as a stumbling block to wealth.

The 16-chapter book also castigates the country’s education system as another factor that has barred majority of Ugandans, especially fresh graduates, from becoming rich because it is outdated.

He also explains the sources of his money since he has been attacked by the public several times, with claims that powerful people in government have a hand in his success. Ham’s latest projects include the scandalous demolition of Nakivubo War Memorial Stadium to pave way for redevelopment. The place has over the years been redeveloped into a mega shopping arcade.