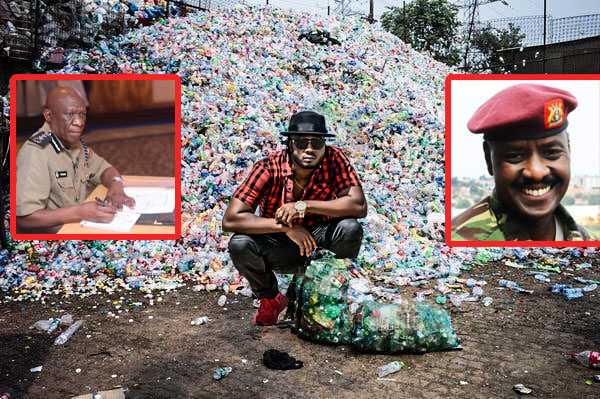 Lt.Gen.Muhoozi Kainerugaba, the Senior Presidential Advisor on Special Operations has criticized police and the event organizers for not providing protection to Bebe Cool at Cindy’s Concert.

During Cindy’s Boom Party Concert, despite other artistes performing peacefully, When Bebe Cool stepped on stage to perform, revelers pelted bottles at him.

In a tweet, Gen. Muhoozi who also doubles as the First son condemned the act saying Police should not have let such hooliganism happen to an NRM supporter under their watch.

How could @PoliceUg and the bouncers at Cindy’s Concert allow a few hooligans to hurl bottles at one of Uganda’s greatest artists?? The same hooligans beat up women (on Women’s Day) for simply loving @KagutaMuseveni and @BebeCoolUG. We expect a lot better next time from @PoliceUg pic.twitter.com/eYzsHINAC9

He added; “We expect a lot better next time from Police.”

The moment Bebe Cool stepped on stage to perform at Cindy’s boom party, revelers started booing and pelting bottles at him accusing him of siding with their oppressors.

This is not the first time Revellers are pelting bottles at NRM musicians who they accuse of siding with the Oppressors such as Mr. Museveni.

Some of the Musicians who have been attacked while on stage include Catherine Kusasira, Full- Figure and Big Eye which prompted Police to warned that it would be forced to ban some concerts if organizers fail to provide security measures to tackle hooliganism.

According to the Police Spokesperson Fred Enanga, Event organizers need to research and find out which musicians are not wanted by the public and these should not be invited for concerts to avoid such attacks on Musicians.