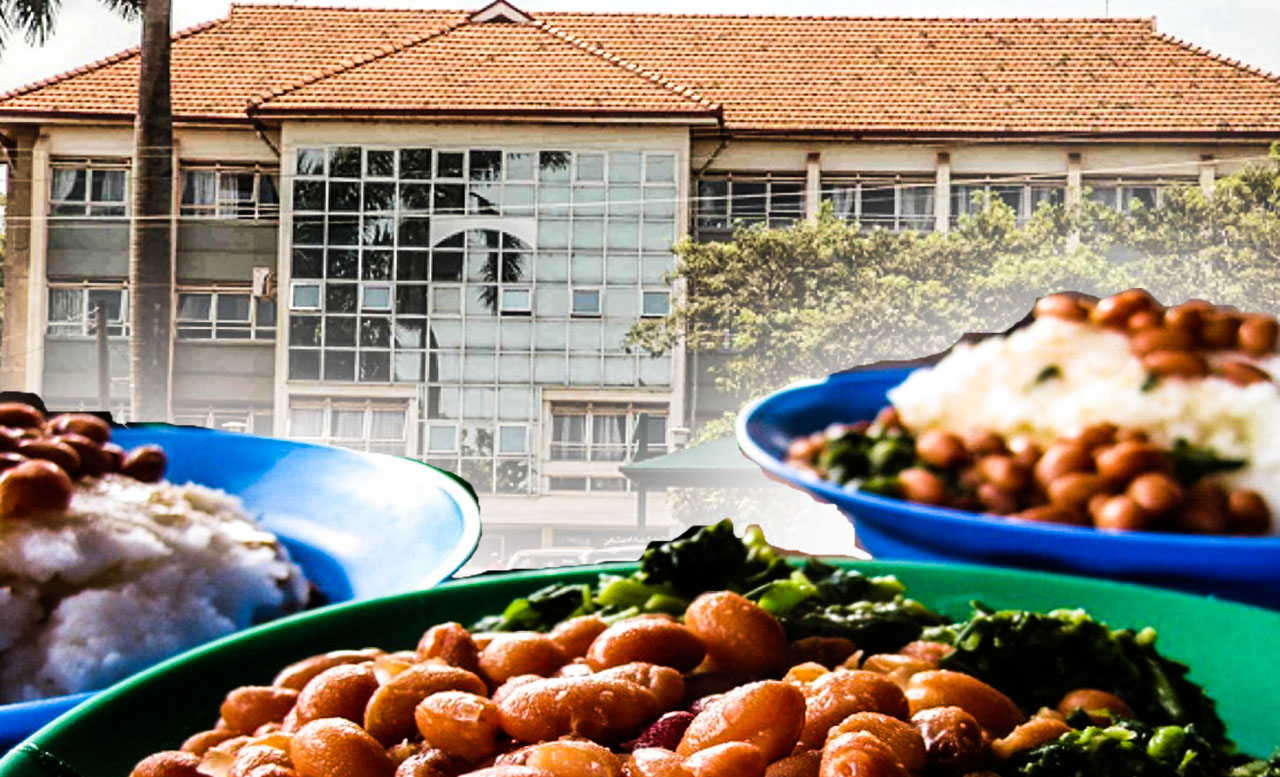 This means they are allocated Shillings 4000 each day for breakfast, lunch, and supper.  Kyambogo University staying paying government sponsored students the allowance for meals when the outsourcing policy came into force in the 2017/2018 academic year.

During the 14th graduation ceremony of Kyambogo University, the Vice Chancellor, Professor Eli Katunguka Rwakishaya, said they had resolved to outsource the provision of meals to students to cut on the heavy costs involved. However, students say the money paid out as feeding allowance is inadequate.

Carol Nakibira, a third year government sponsored student, says the Shillings 4000 they can’t cover their meals for the day. She says there is need to top up the money to allow them cope with the situation.

Collin Masagazi, a third year student of Community Development and Social Justice, says there is need for Government to plan very well to see how it can favor the students.

URN also sampled some of the eateries outside the university like Banda and established that a plate of all foods costs Shillings 3500 to Shillings 5000. A Cup of milk and black tea costs Shillings 1000 and Shillings 500 respectively. In the 2019/2020 financial year, the Natural Resources Committee of parliament recommended an increase of the food allowance from the current Shillings 4000-4,500 to at least Shillings 10,000 Shillings per day.

The committee, which was chaired by Amos Lugoloobi noted that the Shillings 4000 allocated to students is inadequate considering the high cost of living across the country.  “The committee recommends that public Universities to be given additional funding to ensure that each student receives at least 10,000 for meals, a day, ” the committee recommended.

It followed an appeal by Kyambogo University that sought to increase the food allowance to Shillings 10,000 a day. While appearing before the Committee, the Kyambogo University Secretary Charles Okello told the committee the Shillings 4,000 allocated to students wasn’t enough to facilitate a decent meal for government sponsored students.

He said the University was struggling to feed 2,800 government sponsored students especially after resolving to outsource catering services. He noted that although the university couldn’t continue bearing the burden of preparing meals for students, the new policy was bound to fail if the allocation was not adjusted. Government sponsored students received a stipend of Shillings 476,000 each semester for meals.