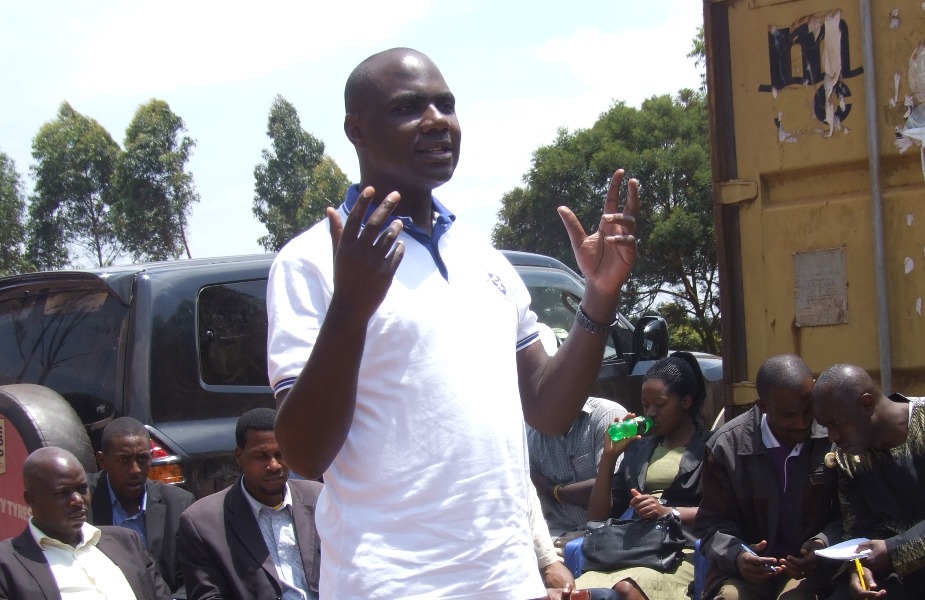 There was a fierce exchange between Ariganyira Musasizi, Rubanda East County Member of Parliament, Rubanda LC V Chairperson, Kenneth Jogo Biryabarema and Christians at a thanksgiving function towards the construction of Kigazi Church of Uganda in Hamurwa

It all started when Musasizi tasked Retired Rev. Simon Komunda, who was presiding over the service to explain why they invited Biryabarema as chief guest instead of him. Musasizi explained that the church administration approached him to attend the function but he advised them to schedule it on a convenient day when he is available.

He however, said that he was surprised when he investigated and realised that Biryabarema was selected to be chief guest instead of him. Musasizi declined to give his contribution and demanded that the church organises another function befitting a member of parliament.

Musasizi also accused Biryabarema and other district leaders for stealing 25,000 kilograms of relief rice that he donated to locals two months ago. He asked residents to storm the district headquarters and task Biryabarema to release the rice. Musasizi claimed that the LC V chairperson and his henchmen stole the rice as a ploy of de-campaigning him.

Cue out: …atatunga akaruuru.”//     However, the District Youth Councilor, Aggrey Bandebaho and Speaker, Gerald Akambasa couldn’t have any of this. They charged towards the legislator accusing him of inciting violence against them basing on lies and propaganda. It took the intervention of Rev. Komunda to calm down the situation when he asked Musasizi to stop his remarks.

Biryabarema says that it is unfortunate that Musasizi is falsely claiming credit for the rice donated by the Office of the Prime Minister following a request by the district council. He explained that the rice was distributed to families that were affected by floods two years back, people living with HIV and orphans.  Biryabarema claims that Musasizi is angry that he was defeated when he tried to hijack the rice but the OPM ordered that it should be handed to the district for distribution.

On the issue of being selected as Chief Guest at the thanks giving function, Biryabarema said Musasizi is only jealous of him because he is loved by the people.

He was backed by Akambasa who says that Musasizi is telling lies to gain political ground because of fear that he is likely to lose his seat to Biryabarema in 2021.

Rev. Komunda faults Musaisizi for reckless speech instead of updating Christians on what he has done for them in parliament. Komunda says that he wanted to humiliate Musasizi but was cooled down by Christians.   He hailed Biryabarema for acting peacefully despite Musasizi’s humiliating propaganda. Komunda says that Musasizi has no authority to dictate who the church should invite as chief guest at its functions. He also asked electorates to always vote people with good public character.

Shillings 5,061,600 was collected towards the completion of the church. Biryabarema