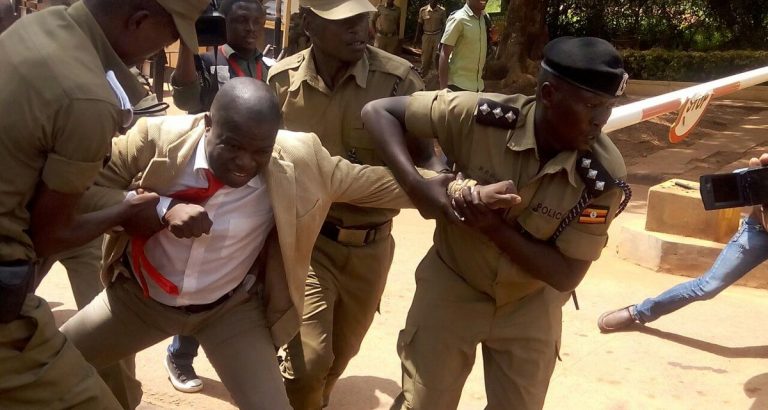 Renowned Kawempe councillor and self appointed Mr. Updates, Muhammad Ssegirinya has ordered for the withdrawal of the Central police station officers from the premises of the city square.

His orders follow his appointment as the Kampala Capital City Authority minister in charge of the physical planning. According to Ssegirinya, the police officers have destroyed the beauty and serenity of this well situated area and yet it can be used productively as a leisure park for the citizens. ‘Our people do not even have where to rest. Police have illegally occupied this place,’ Ssegirinya said in a live Facebook broadcast. He further adds the police camps in the square to disrupt the peace of his president, Robert Kyagulanyi Ssentamu. ‘They use the square as their base to disturb my president. I will not let this happen any more once I take oath,’ intimates Ssegirinya.

Ssegirinya has granted police a grace period of two weeks within which they must have vacated the city square premises. His appointment in the KCCA comes just days after he failed in the speaker elections for the same institution. Ssegirinya says he has not been appointed for patronage but merit. ‘I was the only candidate with the best manifesto. That’s why all councillors have seen value in me and overwhelmingly accorded me their mandate,’ Ssegirinya said when asked for a comment on his appointment.

It is not the first time Ssegirinya has clashed with the police institution over their partisan politics. Ssegirinya is a regular ‘client’ of the police cells since the 2017 ‘togikwatako’ age limit street battles.