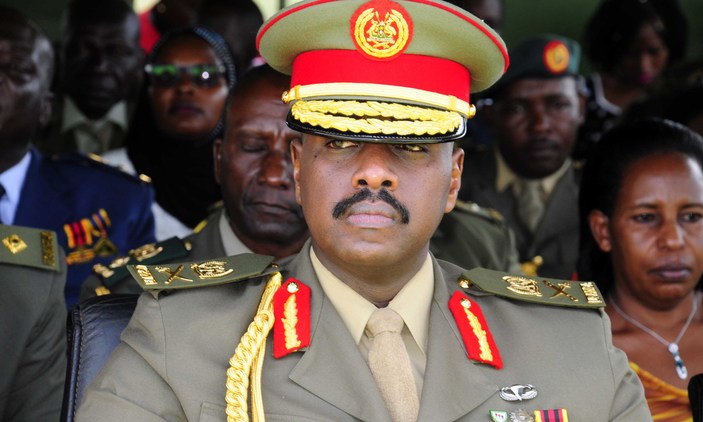 The Ugandan community have retaliated after a tweet by First Son Lt. Gen. Muhoozi Kainerugaba castigating the police for not protecting singer Bebe Cool after fans threw bottles at him in a music show.

On Saturday night 7th March 2020, Bebe cool faced it rough when fans threw thousands of bottles at him trying to chase him away from stage. Bebe cool was performing at one of the music shows dubbed ‘Boom Party’. This show was prepared by Cindy Sanyu, a great celebrated artists self proclaimed as ‘the King Herself.”

The next news bulletins and social media were awash with this brutal act where different people gave in their different opinions over what was the best option.

It is surprising that thousands of people applauded the ‘bottle throwers’ claiming that all musicians should be given an equal platform to perform. This was mainly in line with over one thousand concerts of Bobi Wine alias Robert Kyagulanyi which were blocked by police.

After learning of Lt. Gen. Muhoozi’s post, thousands flocked to his tweet, pinning him for failing to realize the unfairness that was happening in Uganda.

”This same police has knocked, shot and killed Ugandans too and we have never seen any word from you sir…” went one of the reply.

A file of replies followed in line condemning the first son’s tweet claiming that there should be an environment where all people of different political opinions should be given equal right. 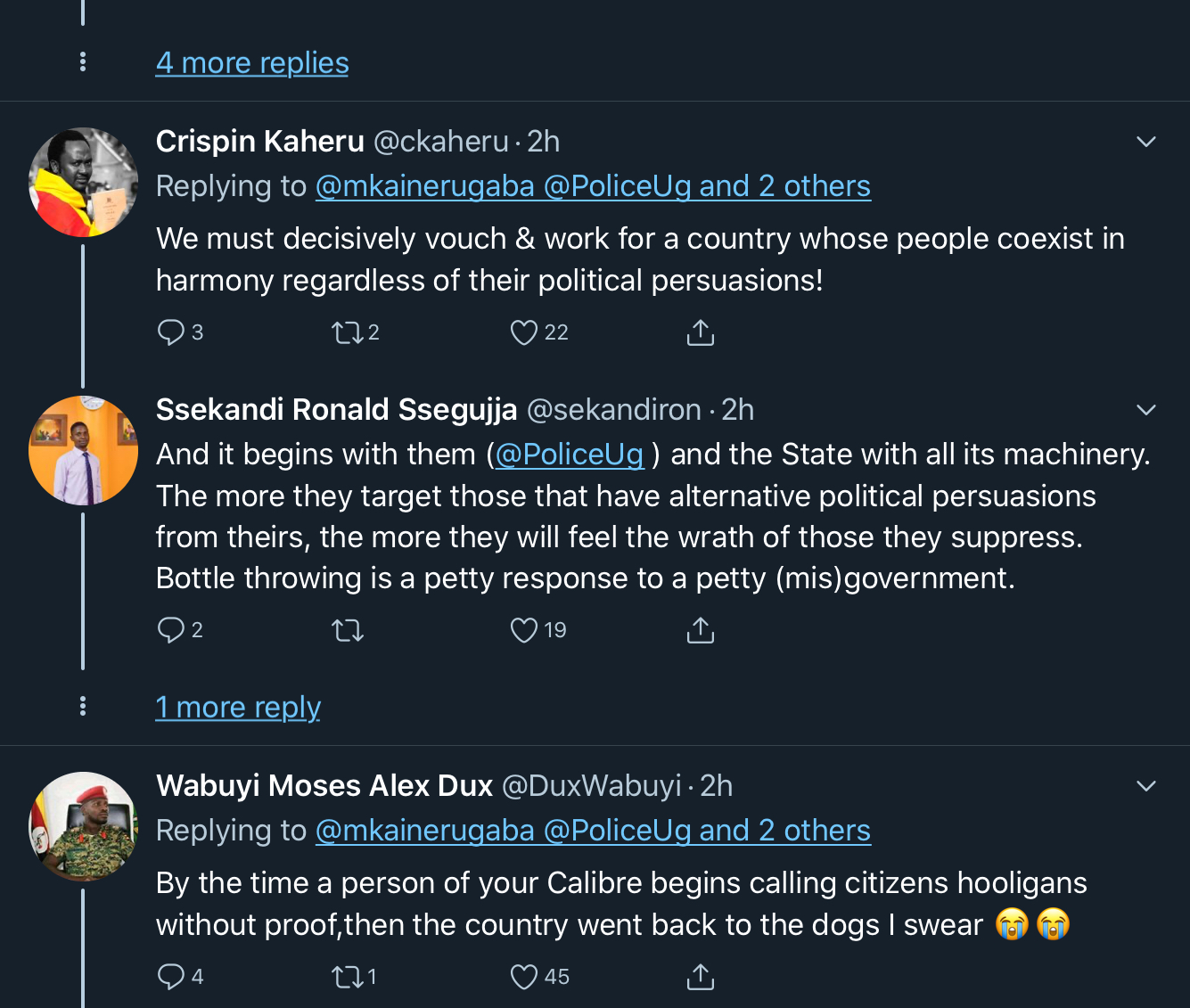 It should be remembered that a number of people power supporters have been murdered in uncertain circumstances that involved the Ugandan police but a few people came out to condemn these acts. This could probably be the reason for the harsh attack towards the first son.