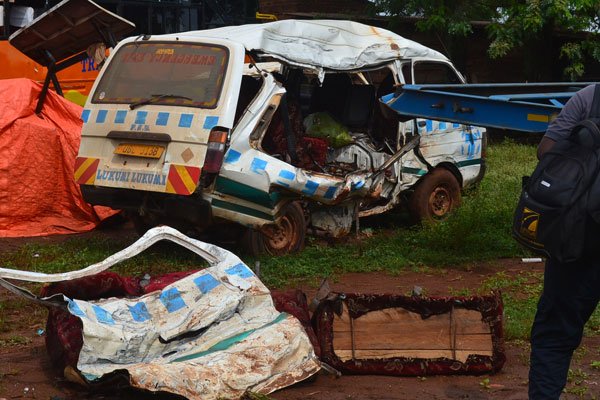 Seven people have died in two separate accidents at Kakira on  the Jinja-Iganga highway. At Kakira, six people died on spot at about 10:15 pm on Monday when a commuter  taxi in which  they were traveling , collided with a cargo truck that was heading to Kampala, according to Mr Ashraf Magoma, a witness.

A short distance from the spot, a woman also died after a motorbike on which she was travelling, was knocked by a speeding vehicle at Steel Rolling Mills.

The deputy Kiira Regional Police Commander, Mr Onesmus Mwesigwa said that they had not  identified the victims.

“The cause of these accidents is being investigated,” Mr Mwesigwa said, adding that five people who sustained minor injuries are receiving treatment at Jinja Hospital.