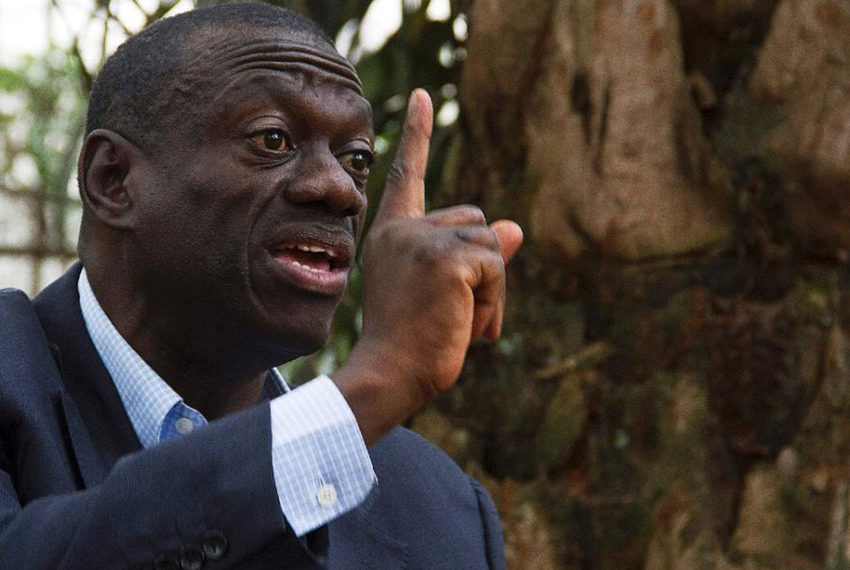 FDC’s Rtd. Col. Dr. Kizza Besigye has said that only a revolution can unseat Museveni and not elections.

Speaking to journalists over the weekend, Besaigye revealed that Museveni captured parliament and the Judiciary adding that all those intending to stand for Presidency in 2021 are wasting time because the elections won’t matter.

“All institutions of government are under capture. Mr. Museveni will choose whoever he wants into government. We go into this election aware that we  are all under capture.” Besigye said.

Revolutions across the world have caused regime changes and the most prominent ones include Libya, Egypt, Yemen, Syria and Bahrain where either the regime was toppled or major uprisings or social violence occurred, including riots, civil wars or insurgencies.

Besigye further noted that Elections in Uganda are fake adding that Ugandans that vote have no authority over their votes and thus, nothing would change unless their vote counted.

“Since elections were introduced in Uganda, an election has never caused the change. The gun has an election in Uganda, not a Ugandan,” Besigye added.

On the issue of Lt. Gen. Tumukunde bidding for Presidency, Besigye said that like any other colleagues that separated with Museveni, Tumukunde is not bringing anything new adding a disclaimer that the two had not met to talk about Tumukunde’s decision but was also not sure if Tumukunde would rescue Uganda.