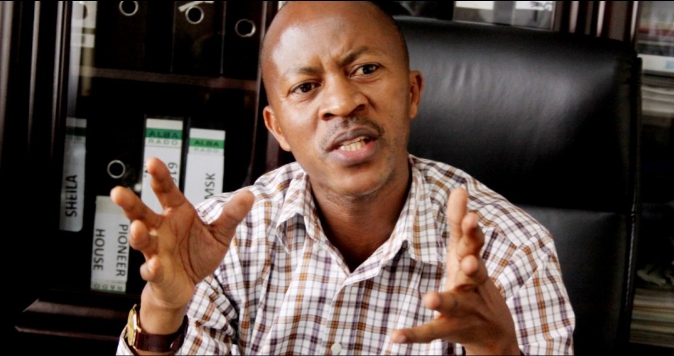 Social entrepreneur and motivational speaker Frank Gashumba has asked Police to investigate Bebe Cool indicating that Bebe Cool could be behind the bottle-throwing chaos.

Over the weekend Bebe Cool was pelted with bottles left to right and center while he was performing at Cindy’s boom party concert.

While Bebe Cool sympathizers think he is attacked because of his political views, Gashumba says Bebe Cool must know something concerning the whole issue and that he should be investigated to ascertain whether he is the man behind the incident or not.

“SFC, FBI, CIA, KGB should investigate bottle throwing at concerts. I highly suspect this was staged for Bebe Cool to gain sympathy and attention,” he said in a Facebook post on Monday.

Adding: “No sane person can stay on stage while being pelted with bottles not knowing what is inside them. Some of us are not idiots, we went to school at the right time.”

On Monday, Police revealed that they had arrested over 11 People who were suspected of throwing bottles at Bebe Cool on Saturday. This happened hours after the First Muhoozi criticized Police for failing to provide security to Bebe Cool while on stage