Kato Lubwama Opponent arrested during strike at the High Court 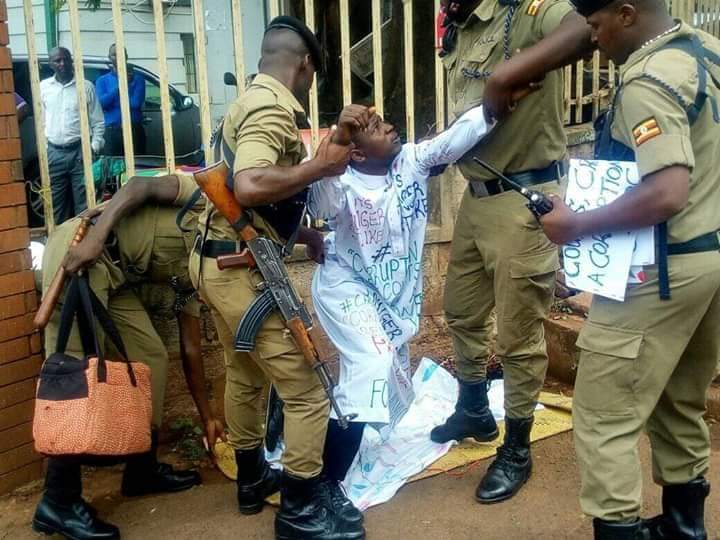 Habib Buwembo the man that challenged the victory of Lubaga South Member of Parliament, Kato Lubwama has today camped at the Gates of The High Court where he Launched a HUNGER STRIKE until when the chief justice of Uganda has intervened into the over Delayed Justice in his Case BUWEMBO HABIB VS KATO LUBWAMA since 2016

Buwembo demands that his case is concluded citing that Kato Lubwama has no academic qualifications and is not fit to be in Parliament.

In 2016, Buwembo contested against Kato Lubwama for the Rubaga Parliamentary seat which he lost.

Buwembo who launched a hunger strike today argues that the Constitution of Uganda clearly stipulates how electoral cases need to be handled within six months after the election but his case against Kato Lubwama has been in Court for the Last four years with no progress.

On Tuesday morning, Buwembo camped at the High Court in Kampa in possession of a mattress, bed sheets, toilet paper, and a mat revealing that he would remain camped at the Court until the Chief Justice responds to his pleas.

Buwembo was later arrested and whisked to CPS where he has been charged with unlawful assembly as per the Public Order Management Act.