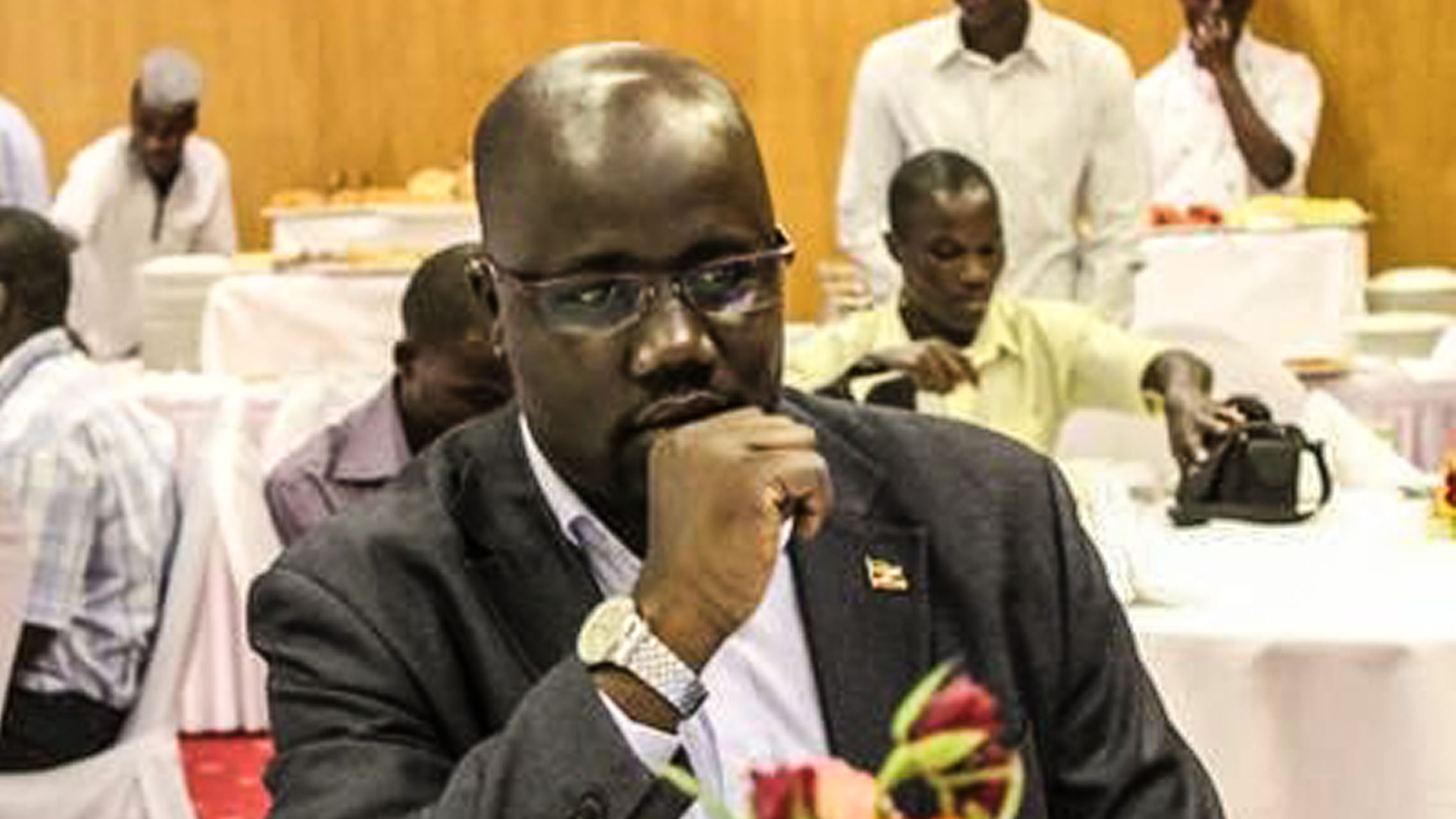 Charles Odongtho who has hosted the Frontline Show at NBStv shocked his bosses when he handed in his resignation on Monday morning.
“It is true, I have put in my resignation,” said Odongtho.

Odongtho said he handed his resignation letter to the office of Kin Kariisa, the Chief Executive of Next Media Services which runs NBS Television. “I am waiting to hear from Mr Kariisa,” he went on to reveal. There are many issues which he raised to Kariisa but have not been resolved. These include his preference to work with some people which has created internal tension and intrigue. Check out his resignation letter below. 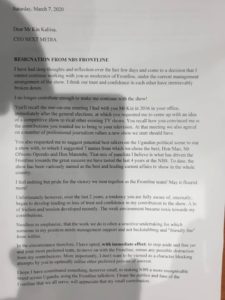 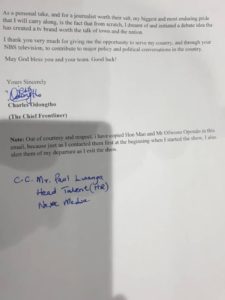 However, sources revealed that Odongtho resigned because he was continuously receiving pressure from above on how to moderate the Frontline Talk show, who to invite or not to, among other issues which made it difficult for him to operate as a free and fair journalist.

It is also rumored that Odongtho was also frustrated by a female manager who talks directly to Kariisa and issues orders in total disregard of plans. One spends an entire week planning for the show only to receive orders at the last minute on whom to host and what to discuss. NBStv Management has since replaced  Ondongtho with Simon Kaggwa Njala.