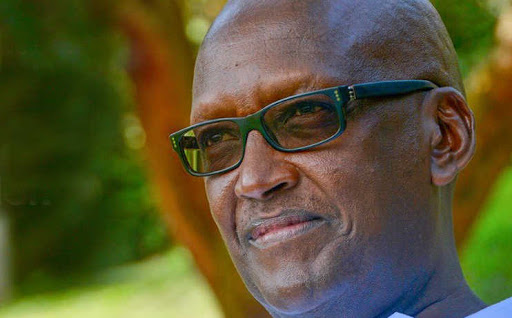 The Electoral Commission has cleared Ex- Security Minister, Lt.Gen.Henry Tumukunde to consult the Electorate over his Presidential bid ahead of 2021.

A few weeks ago Tumukunde tendered in his notification letter to the Electoral Commission declaring that he was set to contest for Presidency in 2021.

The Chairperson Electoral Commission Justice Simon Byabakama has responded to Tumukunde’s request by issuing tough guidelines for him to follow as he consults his voters across the Country.

“We wish to point out that consultations ought to be distinguished from campaigns which take the form of distributing materials, campaigns, holding rallies, meetings, canvassing or soliciting for votes envisaged under sections 21 and 24 of the Presidential Election Act 2005,” read part of Byabakama’s response.

Tumukunde was advised to inform the local leaders and police of the venue for his consultations ahead of time to allow for Preparations.

According to Tumukunde’s letter that was submitted to the Electoral Commission, he noted that during his consultations he would consult various groups of people including security agencies, law enforcement agencies, urban dwellers, women, youths, elderly, civil society and government institutions among other groups of people but warned against interference by anyone.

Whereas Tumukunde warned against security agencies interfering during his Consultations, with the most recent event where we have seen Police block Bobi Wine and Besigye from talking to Voters at gatherings, there is most likely going to be chaos as Police block Tumukunde from Consulting the Electorate.

Lt. Gen. Henry Tumukunde is a retired senior military officer of the Uganda People’s Defence Forces (UPDF). He was appointed the Minister of National Security in the Cabinet of Uganda in 2016 until March 2018 when he was relieved of his duties in an expected cabinet reshuffle.