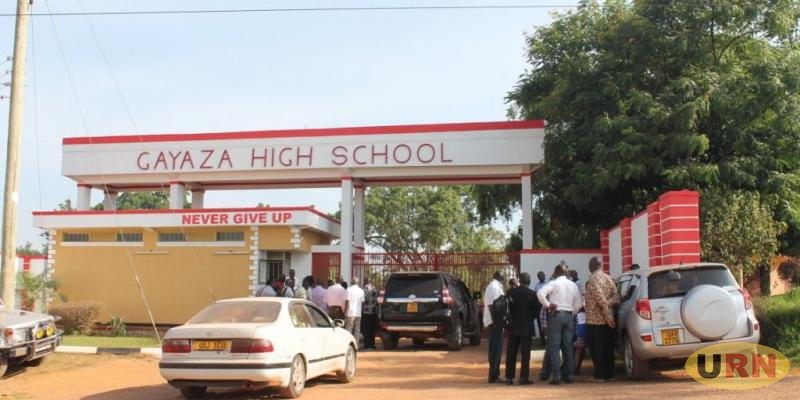 The double fire incident at Gayaza High School might be a tip of the iceberg on the multitudes of underlying challenges choking the country’s oldest all-girls boarding school.

The school registered two fire incidents in a space of two days. The first one, on Friday night, which burnt Corby dormitory and destroyed all the students’ properties and the second fire which gutted Kivebulaya Dormitory on Sunday Afternoon.

In their communication, the school administrators have insisted that these were ‘minor incidents which have been blown out of proportion by people on social media’. But they have also continued to restrict access to the school premises by parents and Journalists.

Administrators, Parents-Teachers Association-PTA leaders, old school association members, the board of governor and Church of Uganda education department director, have been in a series of meetings, to find answers to the puzzle.

One of the members who attended the meetings intimated that members were worried about a possible conspiracy, entwining politics, power struggles, and religion. “The first fire was an isolated case but the second incident left several questions. They have been accusations and allegations on possible foul play,” the source disclosed.

Rev Paul Kakooza, the Director of Education Services in Church of Uganda, who also attended the meeting has since confirmed that the matter came up from several staff and administrators, who, however, he Rev. advised not to put their efforts on the useless talk which might be instigated by ‘haters’.

The director, however, says that although they have information on the matter, the time is not yet ripe for them to discuss it before police conclude its investigations.

In October last year, the observer newspaper reported a clash between the education ministry and Church of Uganda, the founding body of the school, over who could succeed Victoria Serunkuma Kisarale who had been at the helm of the school for 10 years.

After a stout battle, the ministry successfully appointed Robinah Kizito Katongole against the church’s choice of Gayaza Old Girl Agatha Nakisekka Ssenyonjo. Rev Kakooza notes that the church agreed to the appointment of the new Headteacher and moved on to enable her to steer the Institution.

In the same development, Sam Kuloba, the commissioner in charge of secondary education at the Ministry of Education, notes that since the appointment of the new headteacher, he had not heard of any leadership woes at Gayaza since the ministry had consulted the foundation and both agreed on the person who was later deployed.

Amid the incidents, parents reminded the most feared person. Unfortunately, most of them have since refused to put their plight on record fearing the possible dismissal of their children. A few who spoke on conditions of anonymity showed the fear that their children would be insecure amid whatever is going on at the school.

Police investigations have already established that the two incidents were not an accident. However, they are still investigating who could behind the plot and the real motive.

“Whoever lit the fire is sending a message which we are yet to establish. The two fires were lit at the time when the known times that students wouldn’t be in dormitories. The second incident confirms this lead,” an officer privy to the investigation told this reporter.

The Kasangati Divisional Police Commander Edison Muhangi notes that investigations are still ongoing. But the absence of Closed Circuit Television -CCTV Cameras at the school has slowed their efforts.

“If the school had CCTVs it could be easy to identify whoever accessed the dormitories before the fires. Currently, we have no suspects. Investigators have already interrogated staff, students and administrators,” says Muhangi.