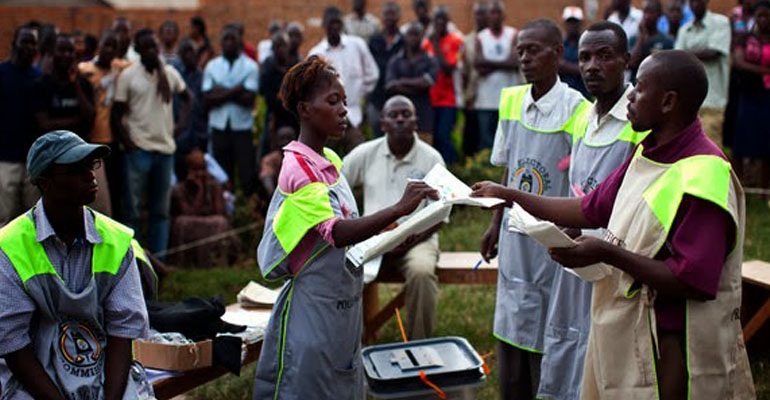 A concerned citizen wants court to suspend the 2021 Elections general elections over fears of the Coronavirus pandemic.

Abbey Mgugu in documents filed before the Civil Division of High Court on Thursday afternoon by his lawyers of Sanywa, Wabwire and Company Advocates, says that Uganda is a democratic country where Ugandans have liberty through elections to choose leaders of their choice citing that he is a spirited citizen who believes in the exercise of democratic rights freely.

He argues that there is need for the government to closely monitor and gain control over the threat of the virus in the country before activities leading to the general elections.

He says that campaign rallies involve close association of people, uncontrollable movements and excessive contact which he believes could spread the virus.

“The social and Political life if the country is threatened by the spread of a dangerous natural disaster Corona virus rendering it necessary to declare a state of health emergence”, reads his affidavit in part.

Mgugu adds that basing on the nature how the virus spreads, he believes that the Ugandan public will not freely exercise their political rights which is a crucial element of democracy due to the restricted movement and association which is of great public health concern.

This is because he argues that the public stands a risk of irreparably loosing lives of dear ones compared to the general election process that can be halted and resumed any time.

Mugugu further says that despite health checks being put in public places, the settings of campaign rallies are difficult to manage owing to the fact that they are held in open and crowded places associated with uncontrollable movements and excessive contact.

Mgugu explains he came to learn about all this when he visited some public places such as the Industrial Court, Uganda Revenue Authority head offices among others where sanitizers have been placed to control the spread of the virus and also from the adverts by the ICT Minister Judith Nabakooba advising the public to take precautions similar to those mentioned by WHO.

Mgugu now wants court to declare a state of health emergence in the country owing to the threat of virus and also suspend elections.