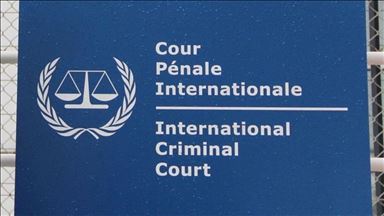 The ICC usually make its activities public and accessible, including court proceedings, to ensure transparency and accountability. However, it issued a statement, saying: “Due to the current health situation, and as part of the measures taken by the International Criminal Court (ICC) to reduce the general risk of transmission of the COVID-19 virus, the ICC will welcome visitors solely for the purpose of attending public sessions of Court hearings.

Legal representatives of victims made their submissions today as the closing statements neared an end. The victims who are involved in the Ongwen trial are different from witnesses. This forms another important part of the case.

ICC prosecutors at the end of their closing arguments asked judges to convict Ongwen on all 70 counts of crimes against humanity and war crimes allegedly committed in Uganda between 2002 and 2005.
The prosecution put forward 69 witnesses, including insiders from the LRA, experts and victims of the crimes, which included sexual violence and gender-based crimes.

The case is important in pursuing justice for atrocities committed in northern Uganda by the infamous LRA, in which thousands of civilians were killed and nearly two million displaced by the conflict.

The ICC Outreach Program in northern Uganda, where atrocities were committed, partnered with non-governmental organizations and live-streamed the proceedings of the closing statements in the trial for the victims to see justice being served.