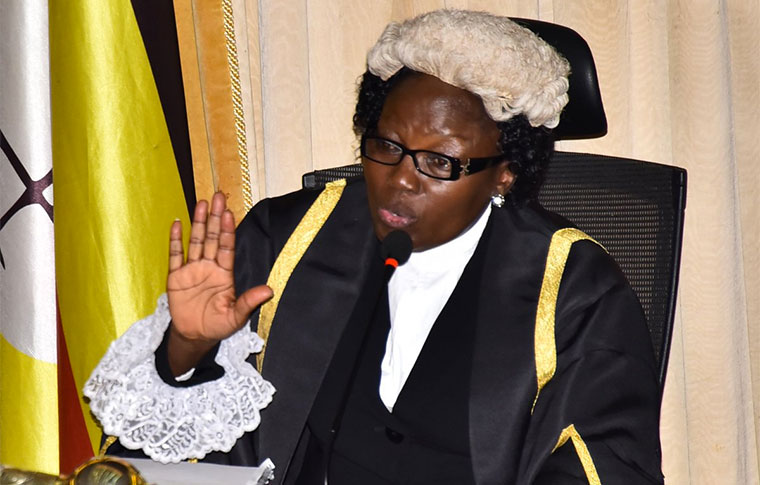 The Kilak North Member of Parliament, Anthony Akol has been ejected from parliament and advised to self-quarantine.

It came after Akol revealed to the house on Thursday afternoon that he had just traveled to South Korea and South Africa.

Akol explained that he wasn’t checked when he arrived at Entebbe International Airport just like the case was in other countries on his route.

It is at this juncture that the Kasilo County MP, Elijah Okupa wondered whether it was procedurally right to let Akol stay in the house yet he hasn’t self-quarantined for 14 days.

In her ruling, the Speaker of Parliament, Rebecca Kadaga ordered Akol to exit the house and self-quarantine for the mandatory 14 days.

The State Minister for Health-General Duties, Robinah Nabbanja assured parliament that there  is vigorous screening of all travelers entering the country at Entebbe International Airport and that those from affected countries are quarantined for 14 days.

The Deputy Speaker of Parliament, Jacob Oulanyah who recently returned from London told URN that he had concluded his self-quarantine on Thursday.

The corona virus, which broke out in China in December last year, spreads through contact with an infected person.

At least 126,000 cases of corona virus and 4,600 deaths have been registered worldwide.

The virus has since spread to Iran, France, Italy, Senegal, Egypt, Tunisia, Togo, Cameroon, Algeria and Nigeria prompting the WHO to declare it a global pandemic.