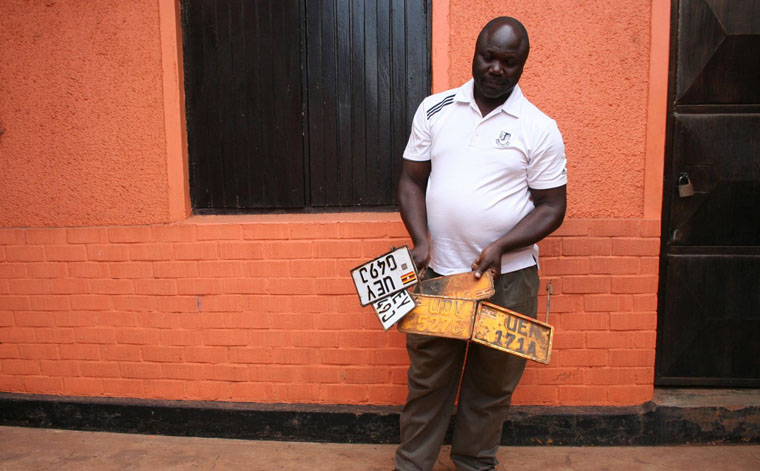 The number plates recovered included UDV 527C, UEY 043G, UEE 184G, UEY 049J and UEN 171A all for Bajaj Motorcycles.  They were recovered from Kabukakya Swamp in Kiryatete west Busiisi division on Thursday.

Robert Mwesigwa one of the residents who recovered the number plates says that as he was digging near the swamp, he discovered them wrapped in a green Polythene bag buried.

Jeremiah Junjura, the Rukooge cell LC1 Chairperson says the number of plates could have been dumped by thugs who robbed motorcycles from riders in Hoima town. The number plates have been taken to Hoima central police station.

Julius Hakiza, the Albertine region police spokesperson says the thugs could have feared to be tracked by security operatives and decided to dump them in the swamp.

Records at Hoima Central police station indicate that over 20 motorcycles have been stolen from their owners since the beginning of the year.