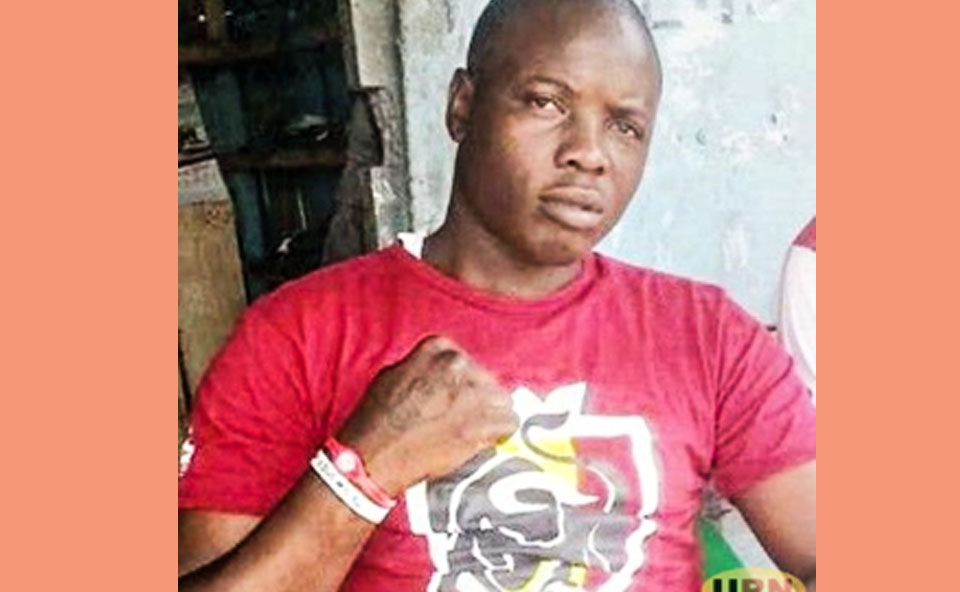 Simon Nkonge, the Commandant of the Cyber Unit at Kampala Central Police Station is in trouble for allegedly of extorting USD 60,000 (Shillings 223 million) from a city businessman. Nkonge was picked up on Wednesday morning by operatives from the Chieftaincy of Military Intelligence–CMI shortly after receiving the money from, Vincent Luyinda.

He was picked up alongside former Flying Squad Unit operative, Martin Kimbowa and a civilian identified as Allan Ssendegeya.  The Kampala Metropolitan Police Spokesperson, Patrick Onyango, confirmed the arrest of the suspects but declined to divulge details into the matter.

“Yes, we have two of our officers whom we have arrested and one civilian on threatening violence and demanding money by menace,” Onyango said. Although Onyango was cagey about the particulars of the offences against the trio, sources said the suspects threatened Luyinda that they were going to reveal how he had buried a human being in his newly built Kooki Tower building.

Luyinda, who first laughed off the threats, became concerned when the suspects threatened to reveal to his friends and acquaintances that he buried a human body in the foundation of his building. “These people have been telling Vincent Luyinda that he buried a body in his building while being constructed. They claimed to have reliable information and threatened to spill it to the public if he doesn’t give them money,” sources said.

The source said Nkonge and his co-accused first asked Luyinda to pay US$20000 about Shillings 74 million but kept increasing the money whenever he tried to meet them. This, according to sources, irked Luyinda prompting him to alert a senior army officer. The army officer at the rank of Brigadier alerted CMI and superintended over the operation leading to the trio’s arrest.

CMI told Luyinda to trick the suspects that they were going to receive the money outside the City centre since it was a sensitive matter. The army surrounded the suspects as they were meeting Luyinda at Nsangi in Wakiso District along Kampala- Masaka highway. The trio is being held under case reference SD 75/09/03/2020 at Kabalagala police division.

At Kabalagala sources said the suspects will be transferred to the Special Investigations Division –SID in Kireka. This isn’t the first time a law enforcement officer is being picked up for extortion. Last year, the former commandant of Operations at Kajjansi police station, Bright Amutuhire, was nabbed by 999 police Patrol on allegations of attempting to rob Tom Kisuku, a fish trader and resident of Busega in Kampala.

The victim said he had previously been robbed by the same people.