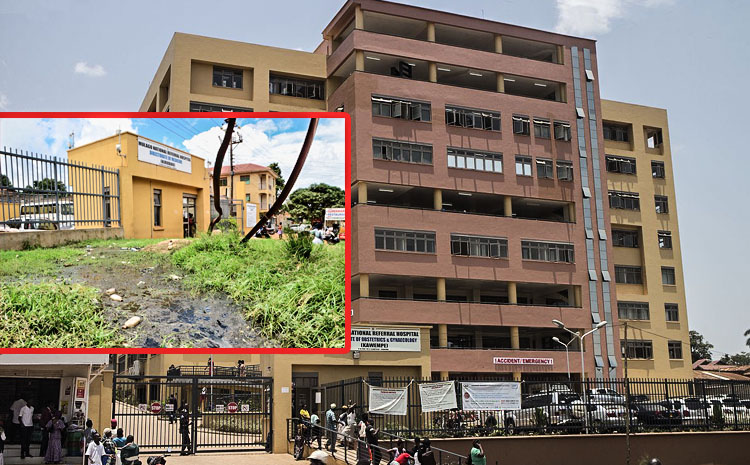 Sewage continues to flow from Kiruddu Hospital despite the government releasing funds for the construction of a lagoon.

Construction of the lagoon was expected to end in December last year.

However, residents on Wednesday told the Makindye West MP Allan Sewanyana that sewage from the hospital still flows into their homes.

But Sewanyana says that construction of the lagoon could have been completed if the government had contracted efficient companies than dealing with third parties.

The hospital Executive Director Dr Charles Kabugo, says that so far Shs 1.5billion has been released to National Water and Sewerage Corporation that is in charge of the project.

“They are delaying because of money issues. The government preferred that the project is given to local contractors but the bidder asked for three times the money that was quoted by the foreign company”.

He didn’t dispute the claims of sewerage occasionally spilling to the neighbourhood but said even as they had managed to improvise with a standby sewerage truck following the widespread backlash in 2018, they are sometimes overwhelmed since the truck requires full-time attendance and emptying.

He said daily, the truck makes six trips and had recently broken down a reason as to why neighbours suffered the stench.

The LC I Chairman Salama Buziga Edward Kambugu says that the constant stench from the hospital especially at night is putting the lives of the residents at risk.

But, residents might have to wait longer because apart from delays resulting from failure to identify an appropriate contractor, there is also a land wrangle on the site of construction with current occupants wanting to be compensated before leaving.

Sewanyana says that even as private people continue claiming ownership of this land, the court ruled that it belongs to Buganda Land board and the kingdom has given it out for free for the lagoon to be constructed.