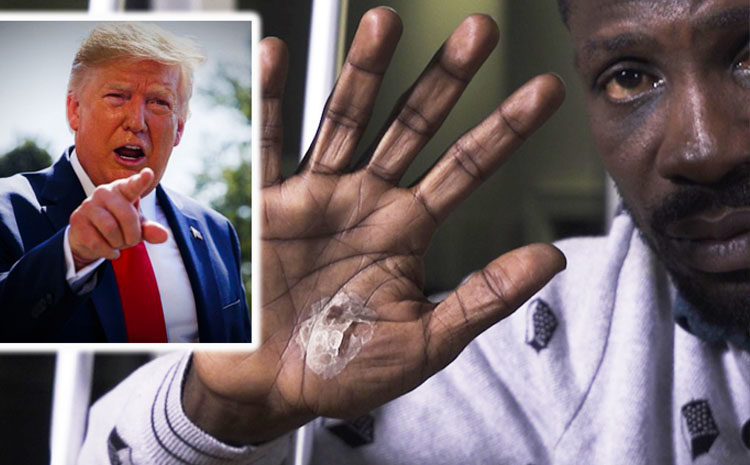 Uganda is again in the spotlight for gross human rights violations, according to the 2019 country report on Human Rights Practices. The report was released by the United States (U.S) Department of State on Wednesday, March 11, 2020.

The report shows that there were several reports where the government or its agents committed arbitrary or unlawful killings, including due to torture in 2019.

According to the report, opposition Member of Parliament (MP) and presidential hopeful Robert Kyagulanyi, also known as Bobi Wine, announced on August 5th at his supporter, and fellow musician Michael Kalinda also known as Ziggy Wyne died at Mulago Hospital due to injuries sustained from severe torture.

Kyagulanyi allegedly said that Kalinda went missing on July 21 after receiving multiple messages warning him “to be careful.”

“Unidentified individuals dropped Kalinda’s body at the hospital with an eye plucked out, two fingers cut off, and with burns on his torso,” reads the report in part.

Although Uganda Police Force (UPF), said a hospital post-mortem concluded that Kalinda succumbed to brain injuries caused by “blunt force trauma to the head.” The post-mortem report added, “Kalinda’s right hand had cuts on two fingers, classified as defence injuries arising out of a struggle.”

The report also discloses that there has been no progress in the case of the murder of 40-year-old Ronald Ssebulime, who had been arrested and later shot by police officers attached to the Field Force Unit at the Naggalama Police Post on March 24.

“In September the prosecution dropped the murder charges against the three officers and the minister but charged another police officer with murder. No trial date had been set by year’s end,” reads the report in part.

The report also shows that the authorities have not reported any new findings related to the 2018 killing of Kyagulanyi’s driver, Yasin Kawuma.

According to the report, while the Ugandan constitution and law prohibit torture and other cruel, inhuman, or degrading treatment or punishment, the US government says there were credible reports in 2019 that security forces tortured and physically abused suspects.

They refer to the case of Makerere University student and Kyagulanyi supporter Joshua William Mukisa who was on June 23 dumped at a fuel station in Jinja outside Kampala, with scars on his limbs incurred from torture while in detention by unidentified individuals.

“The UPF [Uganda Police Force] said it was investigating the circumstances surrounding Mukisa’s kidnapping but released no details from the investigation by year’s end,” says the report.

The report also carries complaints and reports from Ugandan civil society activists, media, and opposition politicians indicating that the CMI [Chieftaincy of Military Intelligence] and ISO [Internal Security Organisation] were operating unofficial detention facilities called “safe houses” in the Mbuya, Nakasero, and Kololo neighbourhoods of Kampala, Kyengera in central Uganda, and the Kalangala Islands in Lake Victoria near Entebbe.

On Freedom of association, the report indicates that the government in 2019 restricted the operations of local non-governmental organizations (NGOs), especially those that work on civil and political rights. This is in addition to restricting the operations of opposition political parties.

On Freedom of Peaceful Assembly, the report shows that the Museveni government does not respect the freedom of assembly, even when the constitution provides for it.

The report shows that government in 2019 continued to use the Public Order Management Act to limit the right to assemble and disrupted opposition and civil society-led public meetings and rallies.

On Freedom of Expression, Press and Media, including Online Media, the report pins the government for restricting citizens’ ability to criticize its actions.

According to the report, media practitioners said government and security agents occasionally called editors and instructed them not to publish stories that negatively portrayed the government.
“On April 30, the communications regulator Uganda Communications Commission (UCC) wrote to broadcast houses ordering the suspension of 39 journalists holding producer and editing positions for violating minimum broadcast standards when they aired live images of a Kyagulanyi procession through Kampala on April 29. The UCC also ordered the media houses to submit all footage aired that day for investigation,” says the report.

On academic freedom and cultural events, the report puts the Ugandan government on the spotlight to have restricted some artistic presentations in 2019.

“The government throughout the year blocked Kyagulanyi from holding concerts at various locations across the country, allegedly because his previous concerts fell short of security guidelines, easily “turned into a public nuisance, violated traffic rules and regulations and caused other misconducts,” reads the report.

It is also reported that a variety of domestic and international human rights groups operated with government restrictions while investigating alleged abuses of human rights.

“The government restricted and failed to cooperate with most domestic and international NGOs, especially those focused on governance and human rights. The president repeatedly accused civil society of accepting funding from foreign donors interested in destabilizing the country,” says the report