WHO Declares COVID- 19 a Global Pandemic 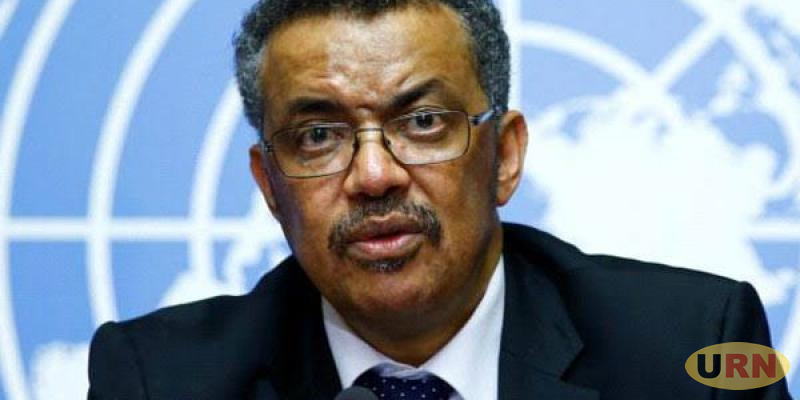 The World Health Organisation- WHO has declared COVID 19 a Pandemic.

This comes at a time that the UN health agency has expressed worry over the rate at which COVID 19 has spread globally. According to WHO data, on average 2,000 new infections are reported globally daily.

The announcement was made by the Director-General of WHO on Wednesday during a press conference in Geneva.

The declaration was made at a time when the number of infections has risen to over 118,000.

By the end of yesterday, the number stood at just over 115,000. The disease was declared a Public Health Emergency of International Concern-PHEIC by WHO on January 30, 2020.

Dr Tedros Adhanom Ghebreyesus, the WHO Director-general called upon the international community not to give up on fighting the virus now that it has been declared a pandemic.

In the last 674 years, eight major epidemics have been experienced in the world. The most current one is the HIV/AIDS pandemic 2005 to 2012.  In total over 40 million people have been killed in these pandemics.

Dr Michael Ryan, the WHO Executive Director of the Health Emergencies Program says that unlike previous pandemics, the COVID 19 pandemic can be controlled.

“Previous pandemics that the world has seen have shown to be uncontrollable. But what we have seen from this virus so far is that it can be controlled.  Evidence from China, Singapore and South Korea that have had reductions in new infections show that the virus can be controlled by containing it,” Dr Ryan said.

“All countries in the world can do something to control this virus. Countries without cases should get ready, those with cases suspected cases should detect, protect and treat the sick. They should also reduce the transmission of cases. Those with reduced cases should work on research. Come up with innovations to help us fight the virus,” Dr Tedros adds.

According to WHO only 81 countries in the world, of which Uganda is included have not reported any cases as of yet. 57 countries have reported less than 10 cases. Dr Tedros says such countries should not give up but instead work had.