Your Wife is a gossiper, I will beat her – Gravity Omutujju to Bebe Cool 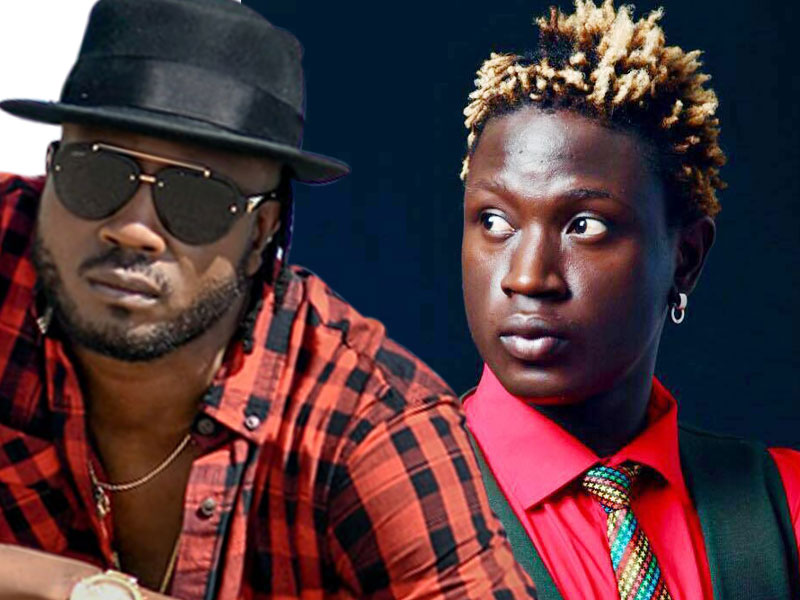 Trouble Entertainment CEO Gravity Omutujju is totally fed up of being gossiped about by Moses Ssali a.k.a Bebe Cool’s wife Zuena Kirema. The local rapper expressed how he is disgusted by Zuena for always gossiping about him through an interview as he was speaking to Spark TV LiveWire reporters.

Gravity also warned Bebe Cool to stop scaring the nation that he will beat up people who talk about his wife as he boldly told him to go and beat up his family members and relatives.

The singer revealed that if Bebe Cool ever dare to beat him, it will be a battle between the two that will never end as he stressed how he knows how to take revenge without involving police and taking someone to prison.

“Bebe Cool is not my friend. He is just like anyother grown up person that we come to meet in our live else where. He was recently pelted with bottles simply because he doesn’t listen to his people and he is also a big-headed grown up fellow. At the moment, he has a dislikeable character that is why fans love his music but don’t like him personally. He has failed to connect well with the people who made him what he is right now. Even when he joined the president, he met him with his aids, so he should listen to his people and gain back a sense of understanding that when people will love him the more” he said.

If he fails to listen to his fans, he will wake up one day when music lovers no longer even like or want to listen to his music. In fact, he should also stop scaring people that he will beat them up. Once he slaps me or beats me up, he should just know that our battle won’t end because I grew up in the ghetto and I know whatever is needed to take revenge without even involving police or sending someone in jail. The local Singer addded.

The singer also noted that he can do all dirty games better than they think. “Bebe Cool doesn’t talk about me but he should tell his wife Zuena to stop gossiping about me and mind her own business. I was also told that she gossips about me even when not on camera but she should stop talking about me”.