Arua Man Gets Life Sentence for Murdering a businessman 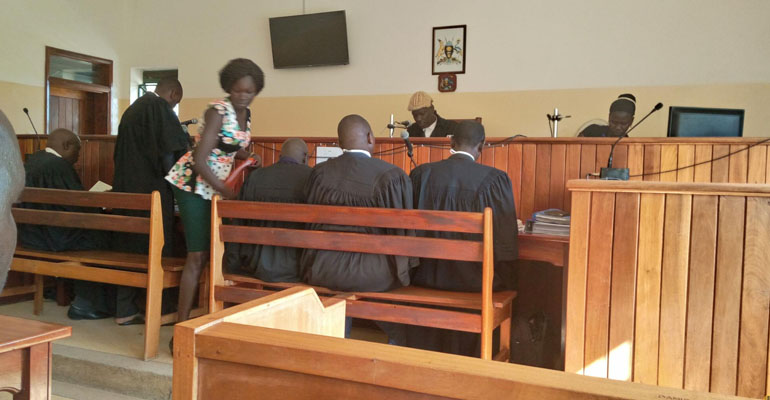 A man in Arua district has earned himself a life sentence for murdering a businessman. The convict is 36-year-old Moses Adrapi, a resident of Ozuku Village in Pajulu Sub County.

He was handed a life sentence this morning by Justice, Anthony Ojok Oyuko who found him guilty of murdering businessman, Emmanuel Etenedde on November 24th, 2016.

Prosecution presented two eye witnesses who pinned the convict for the murder.

Prosecution told court that the convict together with others still at large laid ambush at Onduparaka trading center and shot Etenedde in the stomach before fleeing from the crime scene on a motorcycle.

He was rushed to a hospital with wounds on the stomach where he was pronounced dead shortly after arriving.

Prosecution told court that before his death, Etenedde to his relatives at the hospital that he was shot and killed by the suspect who he was able to identify because of the bright moon.

Although Adrapi pleaded not guilty to the crime, Justice Oyuko said the declaration by the deceased before his death and witness submissions were sufficient to prove him guilty.

Justice Oyuko concurred with the prosecution, which prayed that the convict be handed a life sentence given the gravity and gruesome circumstances under, which Adrapi lost his life.

He therefore handed the convict a life sentence but advised him of his right to appeal the sentence within 14 days.

During the hearing, court also heard that the convict tried to strangle a prison warder and visitor on January 1st, 2020 and March 11, 2020 respectively at Arua prison and was only restrained by other inmates.