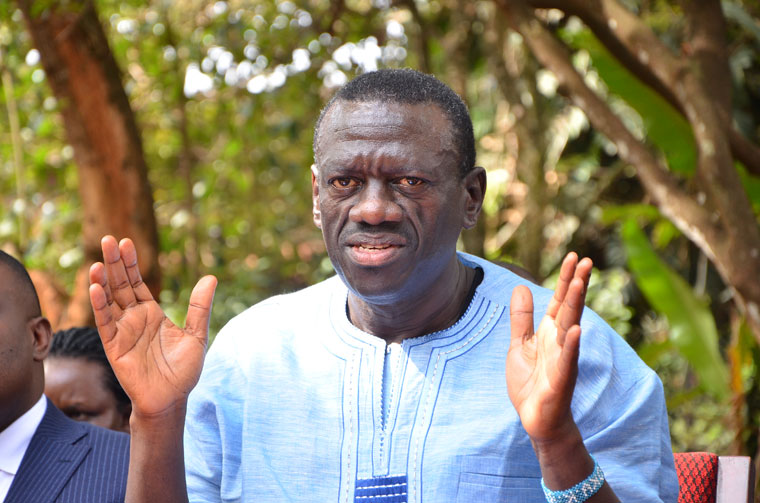 FDC’s Dr. Kizza Besigye has said gen. Henry Tumukunde is welcome into the real world after he was arrested last night on charges of treason.

Appearing on NTV’s week;y program with Patrick Kamara, Besigye noted that while he is not yet sure of what informs Tumukunde’s decision, but what is happening is a matter that has been going on for a long time borne out two things that include Unrestrained exercise of power on the part of the executive ie acting arbitrarily with impunity; not acting within the law; not acting according to the constitution and Gen. Museveni getting weaker day by day.

Besigye added that Everyone who comes out to challenge Museveni goes through the same but some people don’t seem to appreciate it because they think elections will work adding that tables have now turned onto Tumukunde since he has been under the command of persons that don’t allow space for others to function.

“So if you have been under that command and it still exists, why can’t you appreciate that we need to confront that illegitimate use of power in a manner that will be effective?”

On whether he welcomes  Gen Tumukunde into opposition with open arms, Col. Besigye said Uganda has no opposition and government.

Besigye also noted that the defection of army Generals such as  David Sejusa, Mugisha Muntu, Tumukunde among others has made President Museveni vulnerable adding that despite what was once a leopard becoming vulnerable, it will take a struggle not just throwing a vote in a box.”

On whether Tumukunde was welcome to the Opposition, Besigye said that at this stage of the struggle everyone is welcome adding that when the regime gets weaker like it was the case in the Bush war, there are many defections and these defections are invaluable to the struggle.