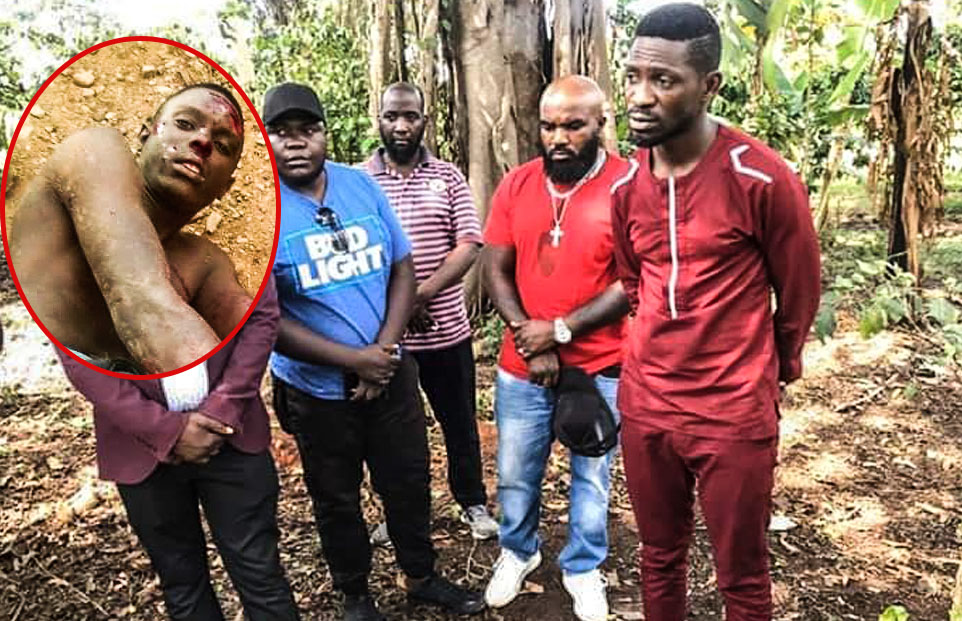 The Kyadondo East legislator has today paid homage to the graveyard of the deceased Hakim Ssekamwa, a Boda Boda cyclist knocked dead by a police patrol in Luweero last year.

Ssekamwa was aged 25, at the time of the tragic incident. On the fateful day of August, 7 2019 as Bobi Wine was returning from Gulu where he had a trial for the ‘treason case’, one of his supporters was intentionally knocked by a police patrol, UP 2525 attached to Luweero police station. In our silent follow up, we established that the killer cop was named, Kizito and ranks as a sergeant.

Bobi Wine was throughout the journey approached by waiting supporters cheering him by the road side. He would make instant stop overs to greet the waiting charged crowds which would later get dispersed by police officers. This prompted patrols of the regional police to trail on Bobi’s convoy on the Kampala-Gulu highway. Our reporters on ground witnessed police excesses.

A patrol vehicle in fact recklessly knocked Mityana MP’s vehicle model V8 and nearly forced him into an approaching Fuso Canter truck. Zaake’s vehicle skidded off the road and police drove past him only to sweep through motorists following Bobi Wine. It is in that scuffle that Hakim sustained fatal injuries and died the next day at Mulago hospital. Bobi Wine was attending a Ziggy Wine’s burial in Mitooma when doctors pronounced Hakim Ssekamwa dead. Hakim is survived by a wife and a child aged 4.

Spent the afternoon in Luwero with the family of the late Hakim Sekamwa who was murdered by Uganda Police on the 7th August 2019. Hakim was run over by police patrol car reg no. UP 2525.The police never mentioned anything about the murder and no body was held resposible. His family has given up all hopes of ever getting justice. On the way back, we found the murder truck parking in Luwero town.