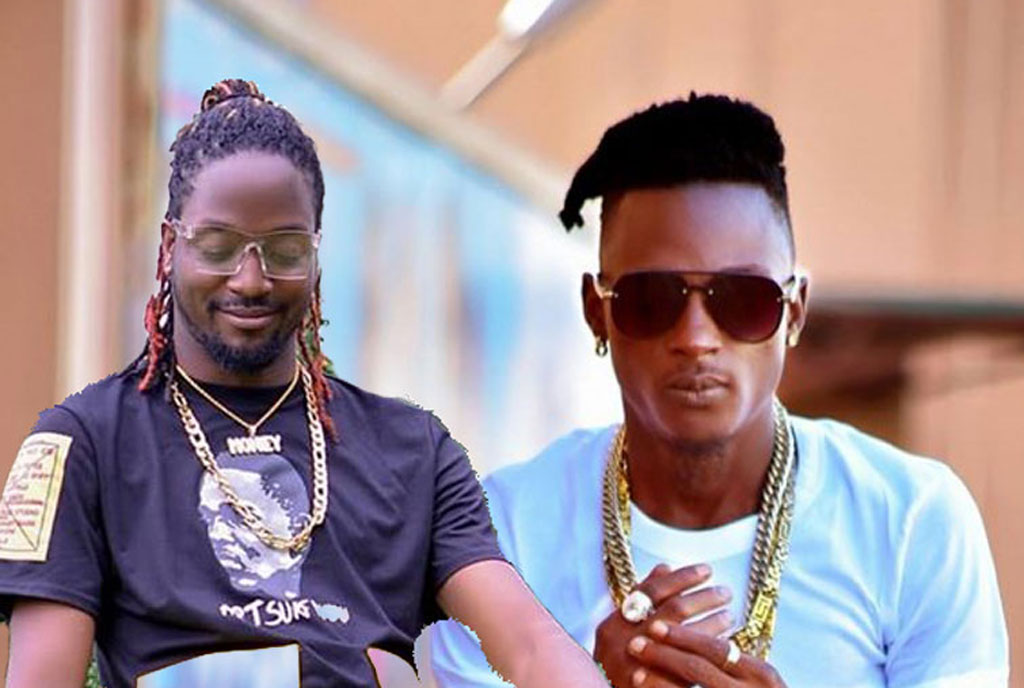 Singer Bebe Cool’s family is lately caught in unwanted drama and no one can tell how will things end. According to a source, Aganana walked into a bar where Allan Hendrick and his friends had been. Moments after Aganaga settled in, Hendrick walked to him and asked him to stop disrespecting his father Moses Ssali aka Bebe Cool. That is when the two started exchanging words, and it all ended up in a brawl.

Visibly irate, he threatened to teach the Kiboko Fire hit star a lesson but instead AgaNaga showed him zalaawo and boom, a scuffle erupted. the pair exchanged blows for about 5 minutes before bouncers rescued them.

In a one on one with Aganaga after the brawl, he said, “Bebe Cool should take his son back to school, I grew up without a father but I grew up to be someone in society, but the boy has a father and grandfather who are financially stable but he can’t behave right, release or write a good song.

Meanwhile Gravity has also promised to give Zuena a thorough beating if she continues pocking her nose into his business.