MP Nyakecho, 9 Others questioned Over Meeting with Tumukunde 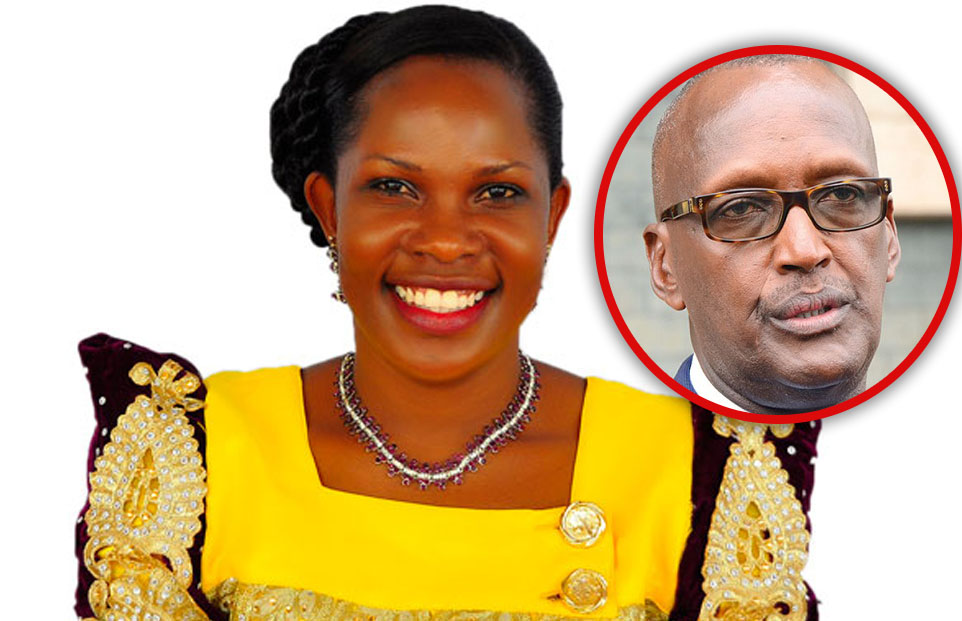 The group was questioned for more than six hours today. This comes a day after Tumukunde was arrested by joint security forces led by CID Director Grace Akullo. The security agencies that have since charged Tumukunde with treason include Special Forces Command –SFC, CID and Joint Ant-Terrorism Task Force –JATT.

During the raid, Tumukunde was reportedly in a meeting with Nyakecho, his son Phillip Tumukunde and eight others. The group was kept inside the general’s office throughout Thursday night until when they were dragged to CID on Friday afternoon.

Tumukunde’s lawyer, Anthony Wameli, said that the CID team at Kibuli did not reveal charges placed against Nyakecho, her husband Otim and brother who were equally arrested as they visited the MP at Tumukunde’s office to understand the plight of her wife who had been held incommunicado.

There are also nine other mobilisers for Tumukunde who were equally arrested with MP Nyakecho. It was not clear whether Nyakecho, her relatives and the nine others were released or Detained just like Tumukunde who is being detained at Special Investigations Division/Unit –SID in Kireka, Wakiso District.

Enanga said Tumukunde’s premises at Kololo are being secured to enable a search for any additional evidence of material value.

Tumukunde is also accused of calling upon a neighboring country to support him in removing the current leadership with or without the ballot.

His arrest comes a week after he had notified the Electoral Commission that he will be conducting consultative meetings for his presidential bid.

Soon after declaring his intentions to challenge his former boss Yoweri Kaguta Museveni, Tumukunde featured on various media houses from where he intimated that he would support groups fighting for change in Uganda if he was in one of the neighbouring countries.

Security agencies said his arrest should also act as a deterrent to others who would like to promote views that seek to naturalize violence in our country, Uganda.

“As always our number one priority is the safety and security of all Ugandans. And we would like to thank our task teams for their swift action, upon recognizing the impact of the inflammatory and provocative rhetoric by the suspect on members of the Armed forces and the wider public,” Enanga said.

In 2005, Tumukunde, then a Brigadier in the Uganda People’s Defence Forces -UPDF, was arrested on charges of spreading harmful propaganda. He spent over a year in Luzira prison and endured a trial which dragged on for more than eight years in the General Court Martial. In 2013, he was convicted and sentenced to severe reprimand.

But in 2015, Tumukunde was promoted from the rank of Brigadier to Lt Gen and retired from the UPDF.  In 2016 he was appointed security minister but sacked on March 4, 2018, alongside former Inspector General of Police Gen Kale Kayihura.