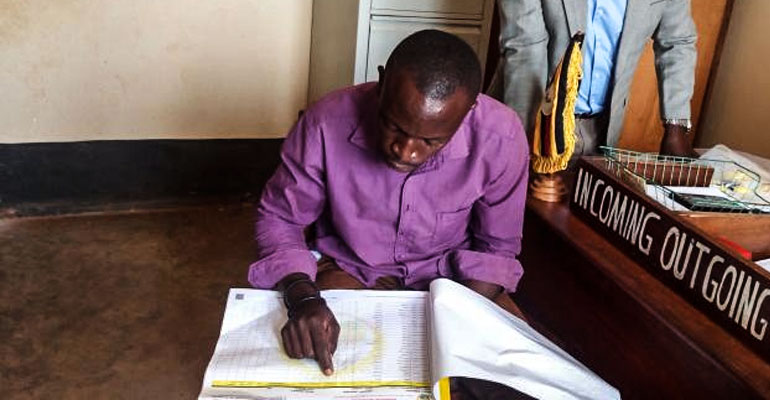 Nkwasibwe was picked up by police after he allegedly stole and hid the party registration books that were being used in the on-going members’ registration and voters’ registers update exercise.

Peter Tindyebwa, the Sembabule District Crimes Investigation and Intelligence Officer a complaint was filed by the Sembabule district Woman Member of Parliament Hajjat Hanifa Kawooya, accusing Nkwasibwe and other still at large for disappearing with the registration books.

Kawooya, alleges that the suspect and other still at large had stolen the registration books with the intention to using in forging names of members which they wanted to use in manipulating the forthcoming party primaries.

She accuses the suspect of being used by some intending candidates to hijack the NRM registration exercise such they can lockout members that do not support their political ambitions.

Doreck Namara the Sembabule District NRM Registrar says the problem will be rectified to safeguard the on-going process.