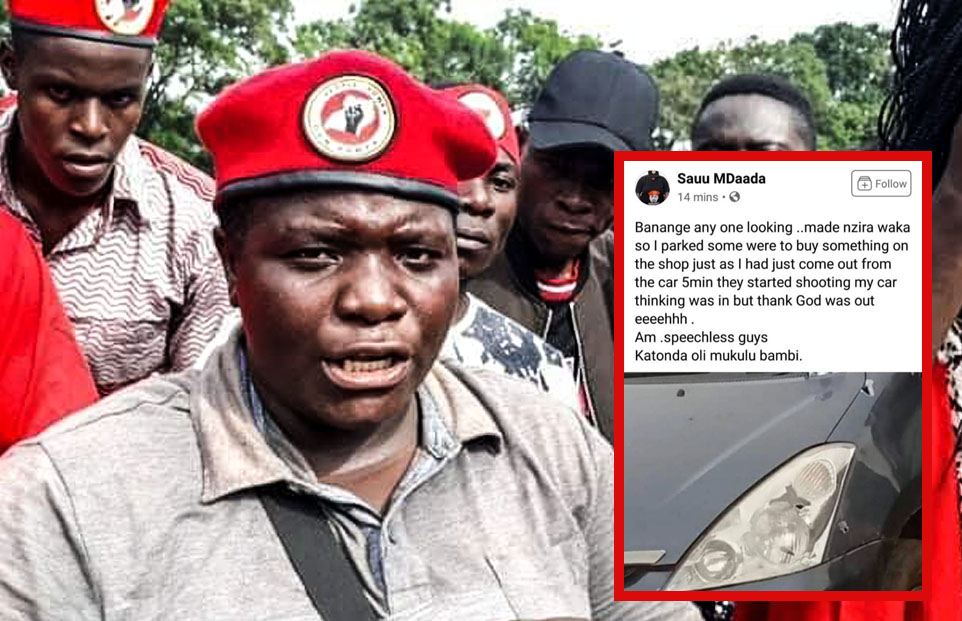 Activist Sauda Mdaada has been accused of extortion by people power activists on social media and diaspora for fleecing them of money through faking stunts.

This week Sauda took to her social media and narrated a story on how she survived being killed by state agents while heading home from Nateete. She claimed plenty of bullets where fired towards her and she survived by a whisk as the bullets caught the bonnet of her car , part of the front window and one of the lights .

A frightened Sauda warned people power that the people are out there that really want them dead and for her  that was her lucky day. she went on to share the image on social of the car that was shot at with a different story claiming her car was fired at by unknown assailants thinking she was inside. 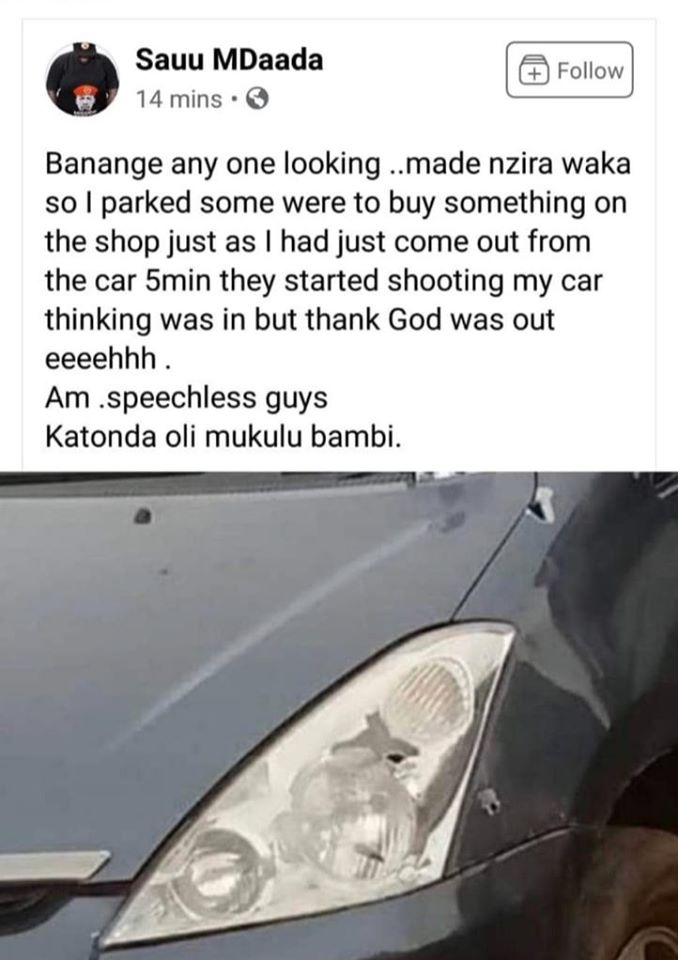 However people power activists got worried and tried to reach out to Sauda who asked for financial help from them immediately. Some decided to do some fact checking only to find out that the story was a hoax and a stunt  only made up to fleece people of money .

The cropped picture Sauda used in her post and anarration was from an article from the Nile post 3 months ago titled “four armed thugs shot dead in Mutundwe , pistol” recovered.

Realizing people where closing in on her she pulled the post ,videos and pictures down.

People power activists in the diaspora have been complaining about Mrs Mdaada for extorting money from them one diasporan on condition of anonymity claims Mrs Mdaada always told her she lost someone or her car broke down kinda of schemes to extort the money claims that were verified by other people too .

Some claimed she spams them with unendless calls asking for help every time of the day and night which became more of a nuisance .

Bobi wine of recently  warned people of giving money to people on behalf of people power and also said some people have turned the struggle into a business and we should be wary of them .He said however their are genuine people this support should be going to however greedy people have made it difficult for people who would like to support people on ground .

Bobi Wine also said if anyone in people power was to commit a crime or break the law they should first take off the beret or anything that identifies them as people power because its not in their principles to do such acts .

The news of Mrs Sauda`s activities has been met with different reactions some saying its a matter that should be handled from within well as some claim they have tried to talk to her but she has deliberately refused to change leaving them with no option .