Bill Gates Quits Microsoft’s board to focus on philanthropy 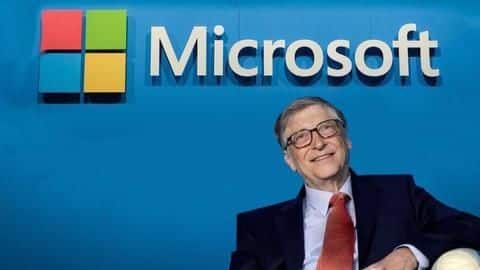 Microsoft co-founder Bill Gates has made his decision to step down from the company’s board so that he can focus on charity. It is noticed that he withdrew himself from the day-to-day role in Microsoft since 2008 and served as chairman of the board until 2014.

Mr Gates said the company would always be an important part of his life’s work and he would continue to be involved in its leadership. He will maintain his role as technology adviser to Microsoft chief executive Satya Nadella and other company leaders.

“I have made the decision to step down from both of the public boards on which I serve to dedicate more time to philanthropic priorities including global health and development, education and my increasing engagement in tackling climate change. I am looking forward to this next phase as an opportunity to maintain the friendships and partnerships that have meant the most to me, continue to contribute to two companies of which I am incredibly proud, and effectively prioritise my commitment to addressing some of the world’s toughest challenges.” he said.

Forbes lists Mr Gates as the world’s second richest man after Amazon founder Jeff Bezos, with a net worth of $103.6bn (£84.4bn). He made his fortune developing software for the personal computer and got his big break in 1980 when Microsoft signed an agreement with IBM to build the operating system MS-DOS.

Microsoft CEO Satya Nadella said it’s been a tremendous honour and privilege to have worked with and learned from Bill over the years.