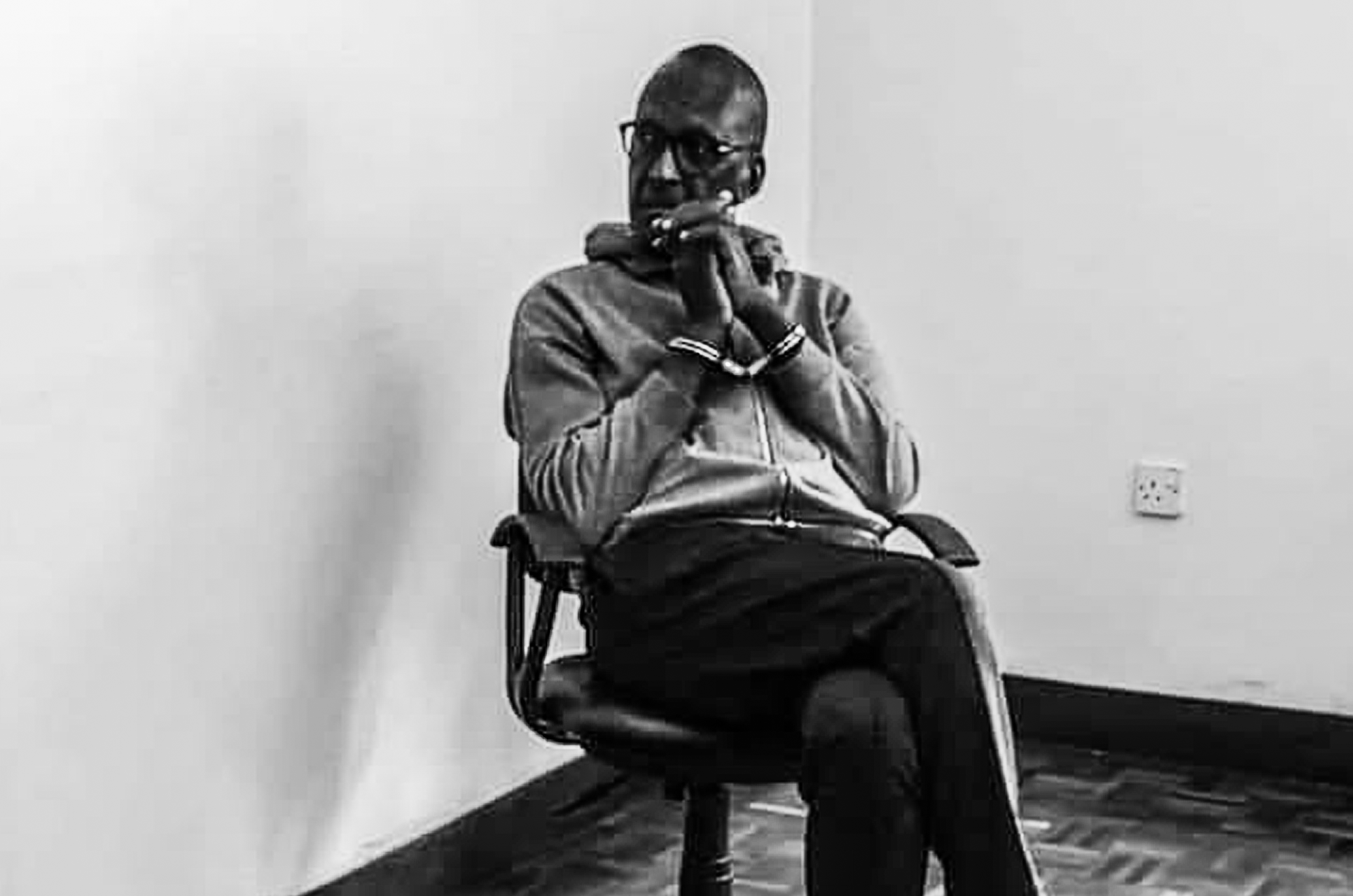 A trending picture of Lt General Henry Tumukunde seated in chair donned in a grey hoody ,black trousers and moccasins with legs crossed above all in handcuffs with hands held next to his chest caused a huge reaction from different people on social media.

Lt Gen Tumukunde was arrested on Thursday on charges of treason. He was from his residence carried out by CMI led by Maj. Gen. Abel Kandiho and CIID Grace Akullo.

While his home was searched today he was put on cuffs in a lonely corner by the security forces where the picture was taken . The picture has been captioned by different people in different ways popular of all asking the Lt Gen to free himself