Promoter Balaam falls out with Museveni over Southern Sudan investments 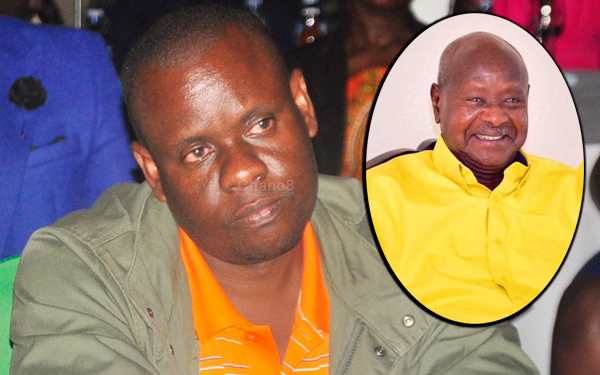 Music promoter and  diehard supporter of the National Resistance Movement(NRM) Balaam Barugahara is reportedly on the verge of falling out with his party and its chair  due to failure by President Museveni to intervene in his business troubles in southern Sudan .

According to a source close to Balaam on condition of anonymity said that Balaam has been trying hard to save his investments in south Sudan that include a building with 3 stories with tenants , a radio station and a mineral water factory.

The source also says Balaams brother Andrew who was also the manger of his properties and businesses in the country is still languishing in unknown jails in South Sudan which has got the promoter worried every passing day.

Balaam`s calls for the president to intervene to save his brother and businesses have fallen on deaf ears as the president hasn’t made any efforts to help out the disgruntled music promoter .

Balaam said he felt used just like any other NRM and museveni supporter who have sacrificed hard for their party and president Museveni .

This prompted Balaam to head straight to his social media to saying:

The promoter had leased some land on which he put investments after getting into a 25 year lease contract from the year 2014, but a few years down the line, his landlady, Fatma Ramadan has backtracked on those terms, saying that she needs 50% shares in his business, otherwise, she wants him off the land.

Some of the investments he stands to lose are a building with at least three floors which doubles as his headquarters for his Radio One 87.9FM station, the building has tenants too.