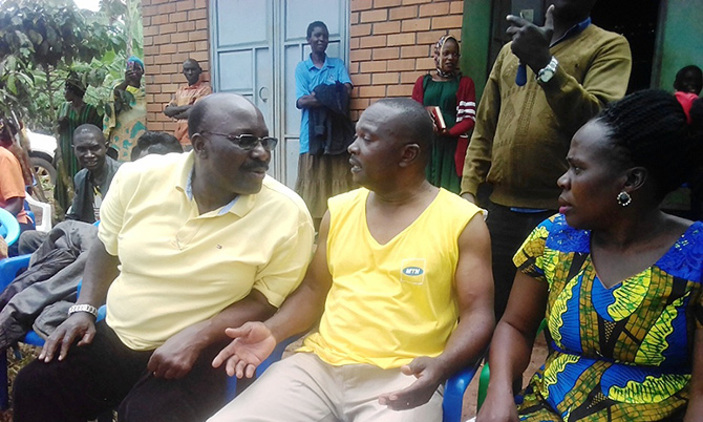 Democratic Party supporters in Bukoto South Constituency, Lwengo district have failed the NRM party registration exercise forcing them to abandon the exercise. The affected areas are Ngondati, Buyiiki, Lubanda and Manja A villages in Kissekka sub-county, where DP commands the majority support. It is reported that most of the affected areas are DP strongholds and ancestral home of the former secretary-general of DP, Mathias Nsubuga.

In the letters dated March 13, addressed to the office of  Kissekka sub-county, the  NRM party supervisor, the affected registrars for trying to manipulate the exercise for their selfish interests. “The DP supporters led by Kiyimba have failed our duties and the exercise, we have been forced to suspend it to pave way for further management,” Nabisubi said.

She said the DP supporters threatened to harm her family if she does not comply with the law. “I know some of the opposition supporters and leaders who wanted to force us to register them, I had to abandon the exercise to first consult on the way forward,” he said.

However, the NRM party district chairperson and area MP Mbabali Muyanja disagreed with the idea of registering the  DP supporters. Mbabali said he had received information that the DP supporters who disrupted the exercise were plotting to fail the NRM party by infiltrating the party internal elections.

“This is trap targeting me and President Museveni, the DP supporters should first hand over their party cards to us to prove that their defection is genuine, otherwise I’m smelling a rotten rat,” he said