Man breaks into bank, tampers with security system then poops in the hall 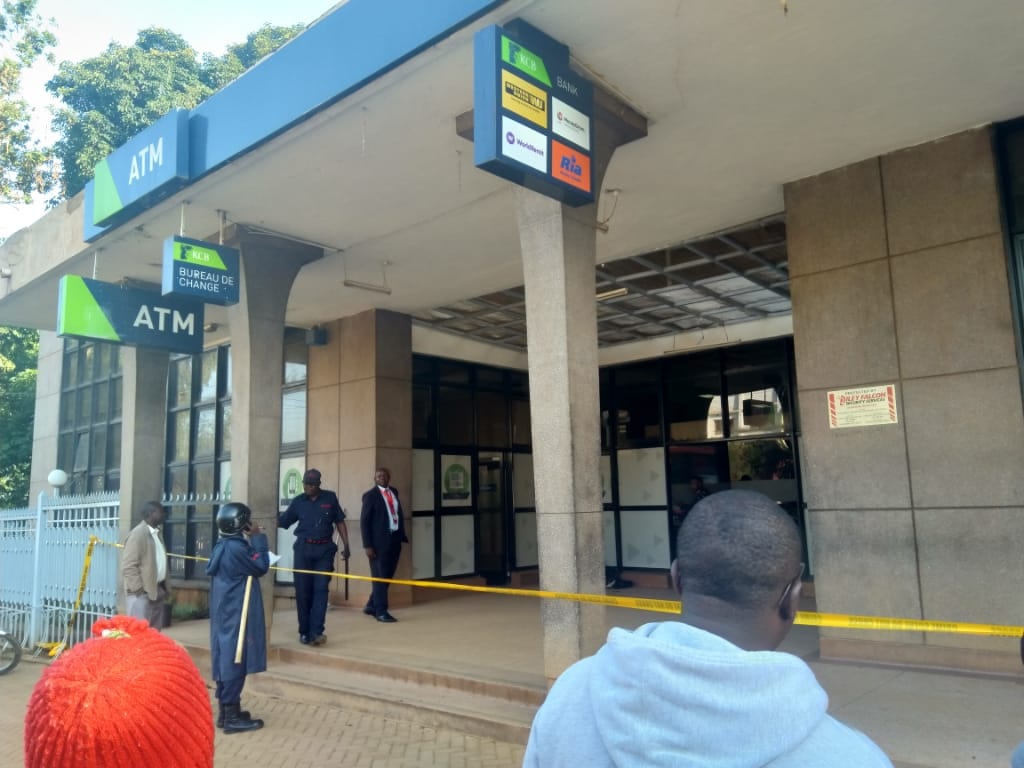 Police officers in Kakamega are holding a 23-year-old suspect who broke into the KCB bank in the town.

Jason Munai reportedly accessed the bank through the building’s roof on Friday night according to detectives handling the matter.

Munai who witnesses say is mentally ill then went ahead to relieve himself in the banking hall after tampering with the security system.

The suspect is also said to have gained entry into the bank’s ATM lobby although he did not steal any money.

Kakamega OCPD David Kabena says they have arrested a security guard who was on duty during the incident to help with the probe.

The suspect is expected to undergo a mental assessment before he is arraigned in court for attempted robbery.