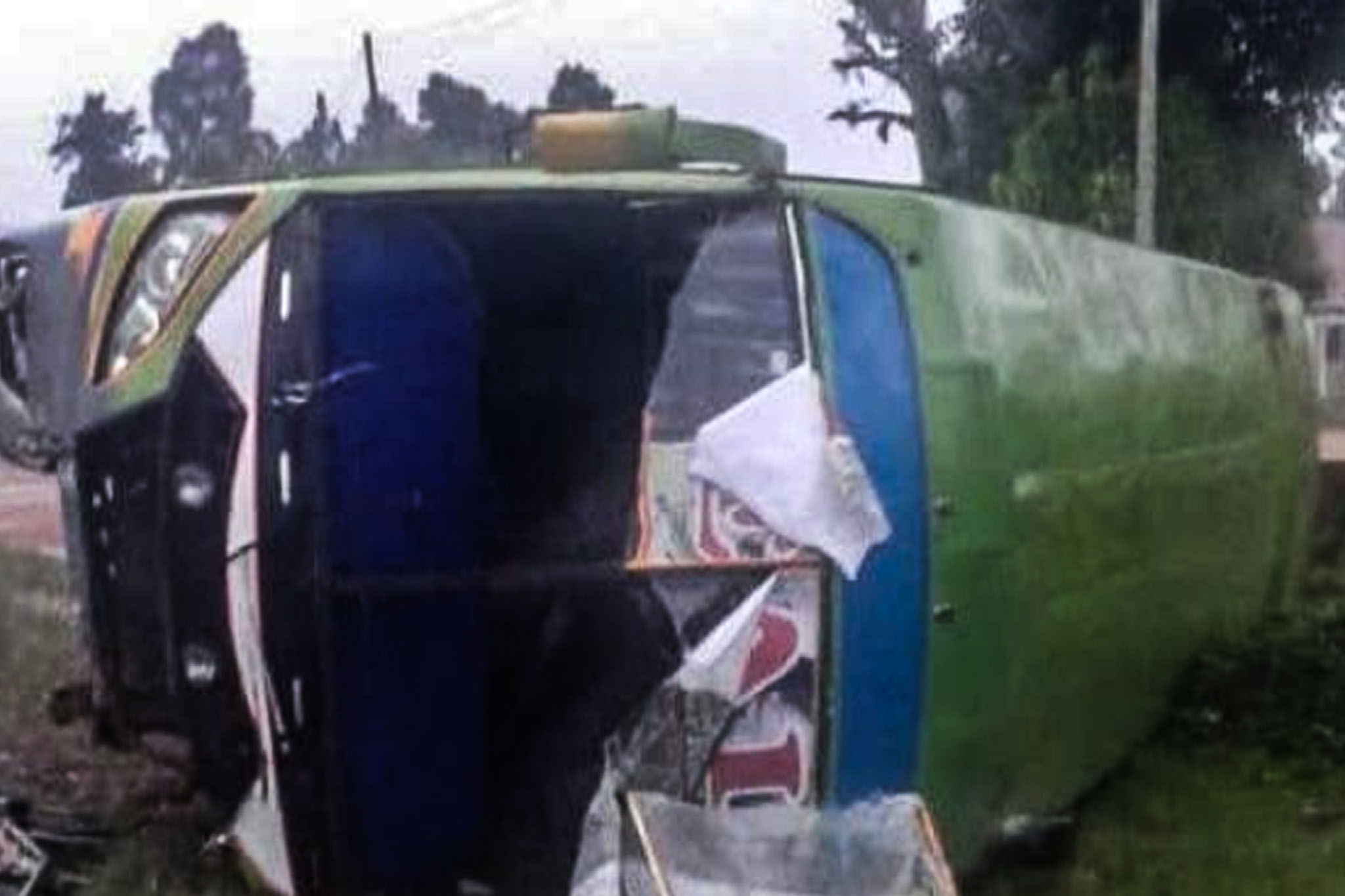 Five People are receiving treatment at Luweero Hospital after sustaining in injuries in a bus accident at Nakazi village along Kampala-Gulu highway. The victims have been identified as Richard Obora, Michael Okello, James Oloya all from Pader district. Others were Betty Ajol and Baker Okello, all from Lira district.

They were injured after a bus they were on board registration number UAM 834Y belonging to Real Bus Company destined for Kampala got an accident at Nakazi village in Luweero town along Kampala-Gulu highway around 4;00am this morning.

Semwogerere says Traffic officers from Luweero Central Police station rushed to the scene and managed to evacuate five people who had sustained injuries. He says the victims are stable at Luweero Hospital and they will be discharged soon.

Over 40 Passengers in the bus survived unhurt, got another bus and proceeded with their journey to Kampala city. By time of compiling this report, traffic police was still trying to remove the bus from the scene.

On February 29, 2020, an accident involving taxi number UBE 364N and Tipper truck number UG 0209U belonging to Uganda Prison Services claimed the lives of 12 people at Kibisi village between Bombo and Wobulenzi town

On February 12, one person died and over 40 escaped with critical injuries in an accident at Kaliro Katono trading center along Wobulenzi-Bamunanika road in Luweero district. Another accident involving a super custom vehicle number UAW 553L and Gaagaa bus registration number UAU 379R claimed two people spot in Luweero town in January this year.
Police has blamed all the accidents on reckless driving and poor state of vehicles plying the road.