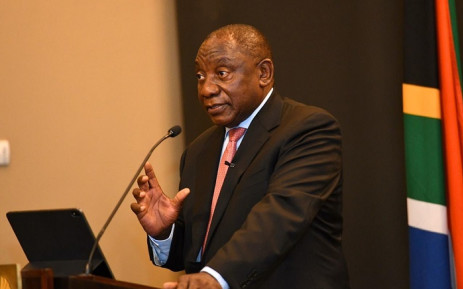 Mr. Ramaphosa noted that they deny visas to anyone who has visited a high-risk country in the last 20 days, and 35 of the country’s 53 land ports will also be shut as of Monday.

“We are imposing a travel ban on foreign nationals from high-risk countries such as Italy, Iran, South Korea, Spain, Germany, the United States, the United Kingdom, and China from 18 March 2020,” Ramaphosa said

In the same way, South African Schools have also been closed effective Wednesday and Public gatherings of more than 100 people will be been banned and mass celebrations canceled to limit contact.

South Africa has so far registered 61 people infected by the coronavirus and it is the second number of highest cases in Africa after Egypt and the number continues to double.

Over 50 of South Africa’s infected corona virus-infected patients had all traveled abroad most especially Europe, USA, and the middle east but Ramaphosa added that the latest confirmed cases had all contracted the virus in South Africa.

“Initially, it was people who had traveled out of the country, especially from Italy but it is concerning that we are now dealing with the internal transmission of the virus,” said Ramaphosa

Su-Saharan Africa has so far recorded only 100 cases in more than 20 Countries and most of these cases were returnees from Europe but African Leaders are taking precautionary measures to stop new infections and ensure the virus is contained.

Most African Governments have banned public gatherings, shut schools and restricted travel from areas hit by the pandemic