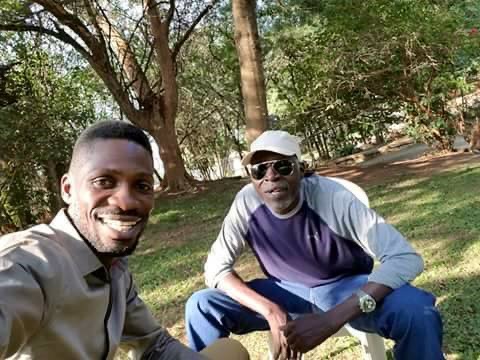 When he was hosted on one of the Ugandan local television, the retired General came out to say that Bobi Wine is someone he has known over time, starting with his late father whom he claims he associated with very well.

When asked whether Bobi Wine should come in 2021 or 2026, he quickly said that he would be happy to see him come in 2026 where it would be an assured victory. The interviewer further asked to know the reason behind such a statement where the general replied that he was training him.

”I’m training him (Bobi Wine) for presidency…he should first cut his crowd… I’m not going to tell you what I’m training him because you will tell some people who are not supposed to know.” He said.

Overcome by curiosity, the interviewer demanded to know if this would not affect his relationship with President Museveni. However, Gwanga boldly replied, “Museveni is Museveni and Kasirye Gwanga is Kasirye Gwanga.”

General Kasirye Gwanga has been involved in a lot of interviews where he is known of making various statements towards the person of Robert Kyagulanyi.

In another Interview, the general distanced any Ugandan musician from Robert Kyagulanyi saying that Kyagulanyi is at a very high level than any musician can dream of.